A compact disc read-only memory (CD-ROM) is a pre-pressed compact disc that contains data, such as game or video files. Computers can read from a CD-ROM, but cannot write to or erase it.

During the 1990s, CD-ROMs were popularly used to distribute software and data for computers and fifth-generation video game consoles. Some CDs, called enhanced CDs, hold both computer data and audio with the latter capable of being played on a CD player, while data (such as software or digital video) is only usable on a computer (such as ISO 9660 format PC CD-ROMs).

The earliest theoretical work on optical disc storage was done by independent researchers in the United States including David Paul Gregg (1958) and James Russel (1965-1975). In particular, Gregg's patents were used as the basis of the LaserDisc specification that was co-developed between MCA and Philips after MCA purchased Gregg's patents, as well as the company he founded, Gauss Electrophysics. The LaserDisc was the immediate precursor to the CD, with the primary difference being that the LaserDisc encoded information through an analog process whereas the CD used digital encoding.

Key work to digitize the optical disc was performed by Toshi Doi and Kees Schouhamer Immink during 1979–1980, who worked on a task force for Sony and Phillips. The result was the Compact Disc Digital Audio (CD-DA), defined in 1980. The CD-ROM was later designed as an extension of the CD-DA and adapted this format to hold any form of digital data, with an initial storage capacity of 553 MiB. Sony and Philips created the technical standard that defines the format of a CD-ROM in 1983, in what came to be called the Yellow Book. One of a set of color-bound books that contain the technical specifications for all CD formats, the Yellow Book specifies a format for discs with a maximum capacity of 650 MiB. The CD-ROM was announced in 1984 and introduced by Denon and Sony at the first Japanese COMDEX computer show in 1985.

CD-ROMs are identical in appearance to audio CDs, and data are stored and retrieved in a very similar manner (only differing from audio CDs in the standards used to store the data). Discs are made from a 1.2 mm thick disc of polycarbonate plastic, with a thin layer of aluminum to make a reflective surface. The most common size of CD-ROM is 120 mm in diameter, though the smaller Mini CD standard with an 80 mm diameter, as well as shaped compact discs in numerous non-standard sizes and molds (e.g., business card-sized media), are also available.

Data is stored on the disc as a series of microscopic indentations. A laser is shone onto the reflective surface of the disc to read the pattern of pits and lands ("pits", with the gaps between them, referred to as "lands"). Because the depth of the pits is approximately one-quarter to one-sixth of the wavelength of the laser light used to read the disc, the reflected beam's phase is shifted in relation to the incoming beam, causing destructive interference and reducing the reflected beam's intensity. This is converted into binary data.

Several formats are used for data stored on compact discs, known as the Rainbow Books. The Yellow Book, published in 1988, defines the specifications for CD-ROMs, standardized in 1989 as the ISO/IEC 10149 / ECMA-130 standard. The CD-ROM standard builds on top of the original Red Book CD-DA standard for CD audio. Other standards, such as the White Book for Video CDs, further define formats based on the CD-ROM specifications. The Yellow Book itself is not freely available, but the standards with the corresponding content can be downloaded for free from ISO or ECMA.

There are several standards that define how to structure data files on a CD-ROM. ISO 9660 defines the standard file system for a CD-ROM. ISO 13490 is an improvement on this standard which adds support for non-sequential write-once and re-writeable discs such as CD-R and CD-RW, as well as multiple sessions. The ISO 13346 standard was designed to address most of the shortcomings of ISO 9660, and a subset of it evolved into the UDF format, which was adopted for DVDs. The bootable CD specification was issued in January 1995, to make a CD emulate a hard disk or floppy disk, and is called El Torito. 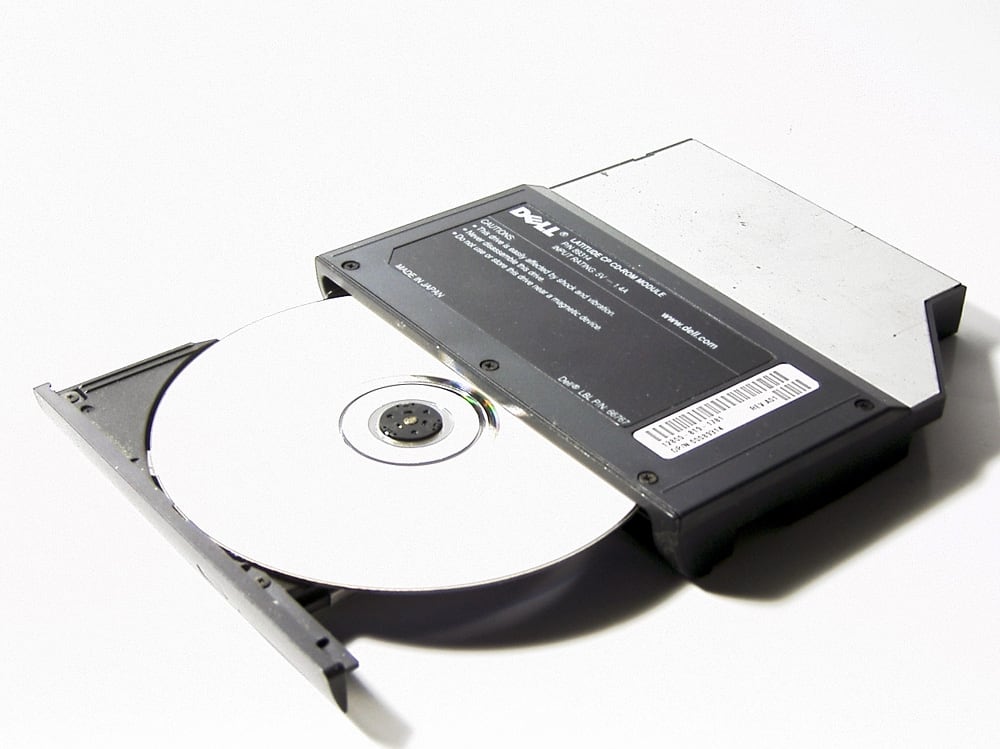