Compact Disc is a data storage format for digital optical discs. It was co-developed by Philips and Sony and published in 1982. The format was originally developed to store and play only sound recordings (CD-DA) but was later adapted for storage of data (CD-ROM). Several other formats were further derived from these, including write-once audio and data storage (CD-R), rewritable media (CD-RW), Video Compact Disc (VCD), Super Video Compact Disc (SVCD), Photo CD, PictureCD, CD-i, and Enhanced Music CD. The first commercially available audio CD player, the Sony CDP-101, was released in October 1982 in Japan.

Standard CDs have a diameter of 120 millimeters (4.7 in) and can hold up to about 80 minutes of uncompressed audio or about 700 MiB of data. The Mini CD has various diameters ranging from 60 to 80 millimeters (2.4 to 3.1 in); they are sometimes used for CD singles, storing up to 24 minutes of audio, or delivering device drivers.

At the time of the technology's introduction in 1982, a CD could store much more data than a personal computer hard drive, which would typically hold 10 MB. By 2010, hard drives commonly offered as much storage space as a thousand CDs, while their prices had plummeted to commodity level. In 2004, worldwide sales of audio CDs, CD-ROMs, and CD-Rs reached about 30 billion discs. By 2007, 200 billion CDs had been sold worldwide.

From the early 2000s, CDs were increasingly being replaced by other forms of digital storage and distribution, with the result that by 2010 the number of audio CDs being sold in the U.S. had dropped about 50% from their peak; however, they remained one of the primary distribution methods for the music industry. In 2014, revenues from digital music services matched those from physical format sales for the first time. 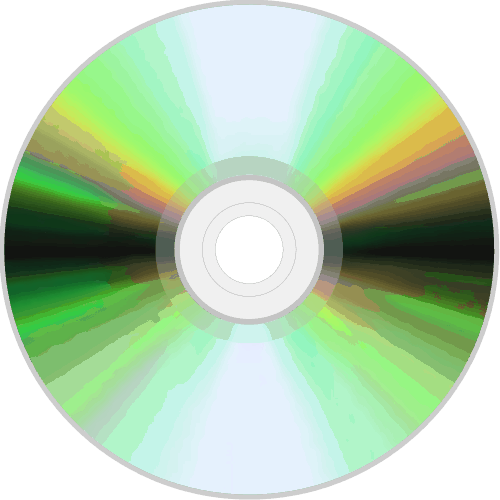