A video signal that has been split into two or more (typically 3) component channels.

Component video is a video signal that has been split into two or more component channels. In popular use, it refers to a type of component analog video (CAV) information that is transmitted or stored as three separate signals. Component video can be contrasted with composite video (NTSC, PAL, or SECAM) in which all the video information is combined into a single line-level signal that is used in analog television. Like composite, component-video cables do not carry audio and are often paired with audio cables.

Reproducing a video signal on a display device (for example, a cathode ray tube (CRT)) is a straightforward process complicated by the multitude of signal sources. DVD, VHS, computers and video game consoles all store, process and transmit video signals using different methods, and often each will provide more than one signal option. One way of maintaining signal clarity is by separating the components of a video signal so that they do not interfere with each other. A signal separated in this way is called "component video". S-Video, RGB and YPBPR signals comprise two or more separate signals and thus are all component-video signals. For most consumer-level video applications, the common three-cable system using BNC or RCA connectors analog component video was used. Typical resolutions (in lines) are 480i (DVD) and 576i (the US and Japan broadcast analog TV). For personal computer displays the 15 pin DIN connector (IBM VGA) provided screen resolutions including 640x480, 800x600, 1024x768, 1152x864, 1280x1024 and much larger.

The various RGB (red, green, blue) analog component video standards (e.g., RGBS, RGBHV, RGsB) use no compression and impose no real limit on color depth or resolution, but require large bandwidth to carry the signal and contain a lot of redundant data since each channel typically includes much of the same black-and-white image. At one time computers offered this signal via a VGA port. Many televisions, especially in Europe, utilize RGB via the SCART connector. All arcade games, other than early vector and black-and-white games, use RGB monitors.

Composite sync is common in the European SCART connection scheme (using pins 17 and 19 or 20 ). RGBS requires four wires – red, green, blue and sync. If separate cables are used, the sync cable is usually colored yellow (as is the standard for composite video) or white.

Separate sync is most common with VGA, used worldwide for analog computer monitors. This is sometimes known as RGBHV, as the horizontal and vertical synchronization pulses are sent in separate channels. This mode requires five conductors. If separate cables are used, the sync lines are usually yellow (H) and white (V), yellow (H) and black (V), or gray (H) and black (V).

Sync on Green (SoG) is less common, and while some VGA monitors support it, most do not. Sony is a big proponent of SoG, and most of their monitors (and their PlayStation line of video game consoles) use it. Like devices that use composite video or S-video, SoG devices require additional circuitry to remove the sync signal from the green line. A monitor that is not equipped to handle SoG will display an image with an extreme green tint if any image at all when given a SoG input.

Sync on red and sync on blue are even rarer than sync on green and are typically used only in certain specialized equipment. 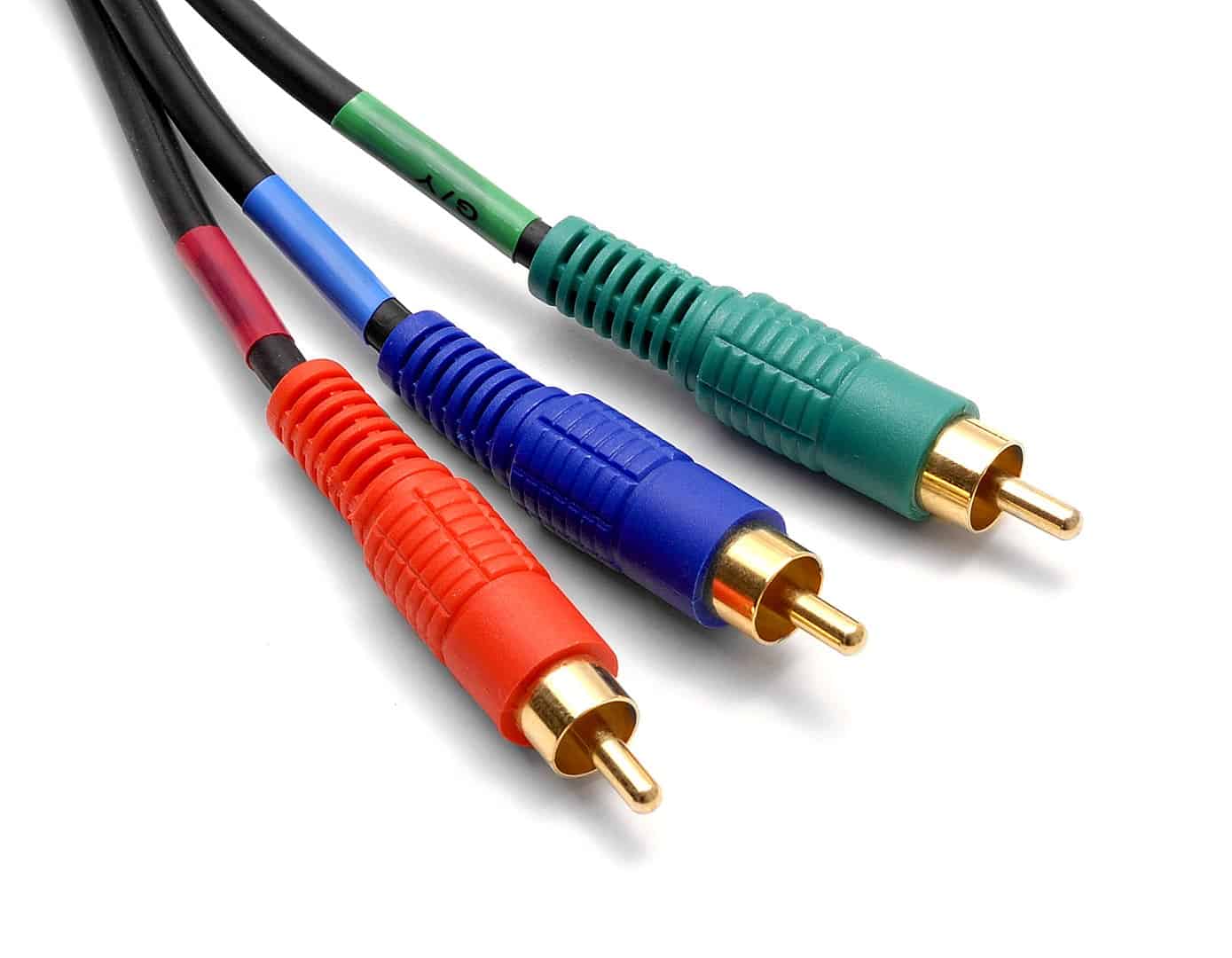