A distortion of the media caused by the use of lossy compression.

A compression artefact is a noticeable distortion of media (including images, audio, and video) caused by the application of lossy compression. Lossy data compression involves discarding some of the media's data so that it becomes small enough to be stored within the desired disk space or transmitted (streamed) within the available bandwidth (known as the data rate or bit rate). If the compressor cannot store enough data in the compressed version, the result is a loss of quality or introduction of artifacts. The compression algorithm may not be intelligent enough to discriminate between distortions of little subjective importance and those objectionable to the user.

The minimization of perceivable artifacts is a key goal in implementing a lossy compression algorithm. However, artifacts are occasionally intentionally produced for artistic purposes, a style known as glitch art or data moshing.

Technically speaking, a compression artifact is a particular class of data error that is usually the consequence of quantization in lossy data compression. Where transform coding is used, it typically assumes the form of one of the basic functions of the coder's transform space.

When motion prediction is used, as in MPEG-1, MPEG-2 or MPEG-4, compression artifacts tend to remain on several generations of decompressed frames, and move with the optic flow of the image, leading to a peculiar effect, partway between a painting effect and "grime" that moves with objects in the scene.

Data errors in the compressed bit-stream, possibly due to transmission errors, can lead to errors similar to large quantization errors or can disrupt the parsing of the data stream entirely for a short time, leading to "break-up" of the picture. Where gross errors have occurred in the bit-stream, decoders continue to apply updates to the damaged picture for a short interval, creating a "ghost image" effect, until receiving the next independently compressed frame. In MPEG picture coding, these are known as "I-frames", with the 'I' standing for "intra". Until the next I-frame arrives, the decoder can perform error concealment.

Block boundary discontinuities can occur at edges of motion compensation prediction blocks. In motion-compensated video compression, the current picture is predicted by shifting blocks (macroblocks, partitions, or prediction units) of pixels from previously decoded frames. If two neighboring blocks use different motion vectors, there will be a discontinuity at the edge between the blocks.

Video compression artifacts include cumulative results of compression of the comprising still images, for instance, ringing or other edge busyness in successive still, images appear in sequence as a shimmering blur of dots around edges, called mosquito noise, as they resemble mosquitoes swarming around the object. The so-called "mosquito noise" is caused by the block-based discrete cosine transform (DCT) compression algorithm used in most video coding standards, such as the MPEG formats.

In motion-predicted video coding with a closed prediction loop, the encoder uses the decoder output as the prediction reference from which future frames are predicted. To that end, the encoder conceptually integrates a decoder. If this "decoder" performs a deblocking, the deblocked picture is then used as a reference picture for motion compensation, which improves coding efficiency by preventing propagation of block artifacts across frames. This is referred to as an in-loop deblocking filter. Standards that specify an in-loop deblocking filter include VC-1, H.263 Annex J, H.264/AVC, and H.265/HEVC.

Lossy audio compression typically works with a psychoacoustic model—a model of human hearing perception. Lossy audio formats typically involve the use of a time/frequency domain transform, such as a modified discrete cosine transform. With the psychoacoustic model, masking effects such as frequency masking and temporal masking are exploited, so that sounds that should be imperceptible are not recorded. For example, in general, human beings are unable to perceive a quiet tone played simultaneously with a similar but louder tone. A lossy compression technique might identify this quiet tone and attempt to remove it. Also, quantization noise can be "hidden" where they would be masked by more prominent sounds. With low compression, a conservative psy-model is used with small block sizes.

An example of compression artifacts in audio is applause in a relatively highly compressed audio file (e.g. 96 kbit/sec MP3). In general, musical tones have repeating waveforms and more predictable variations in volume, whereas applause is essentially random, therefore hard to compress. A highly compressed track of applause may have "metallic ringing" and other compression artifacts. 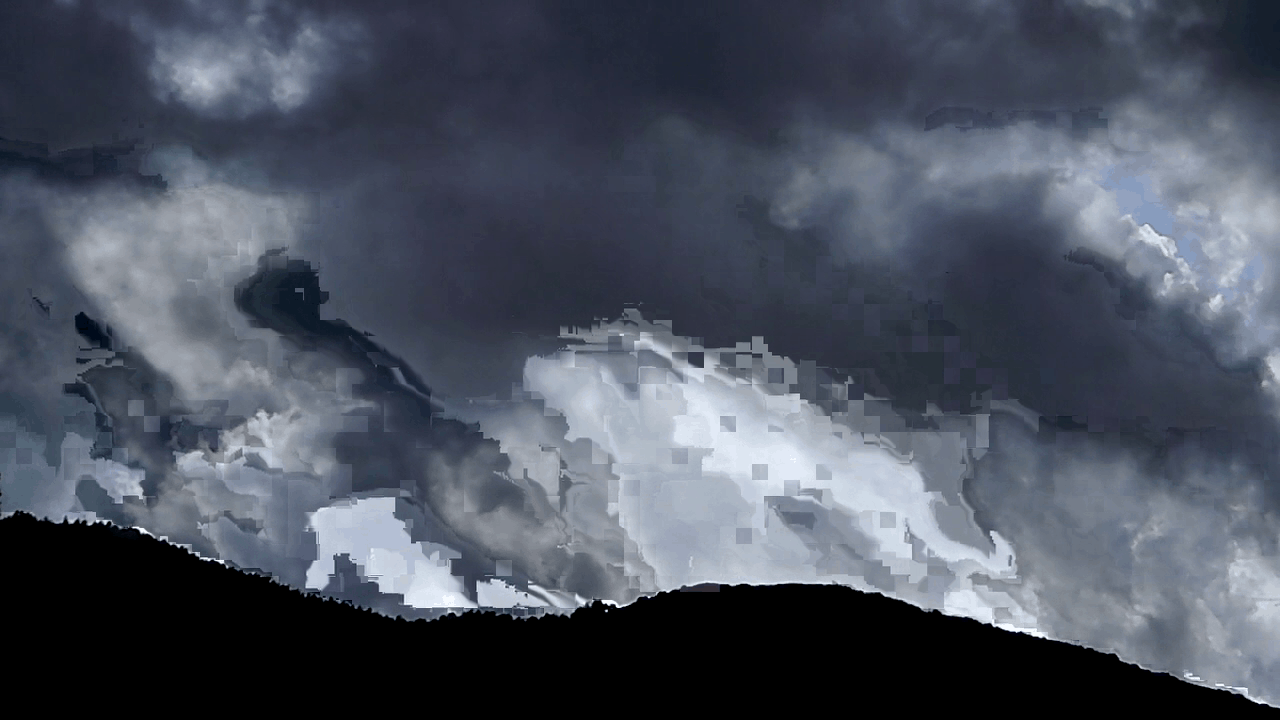