The process of generating and seamlessly integrating visual elements generated by a computer into an existing scene.

Computer-generated imagery is the application of computer graphics to create or contribute to images in art, printed media, video games, films, television programs, shorts, commercials, videos, and simulators. The visual scenes may be dynamic or static and may be two-dimensional (2D), though the term "CGI" is most commonly used to refer to 3D computer graphics used for creating scenes or special effects in films and television. Additionally, the use of 2D CGI is often mistakenly referred to as "traditional animation", most often in the case when dedicated animation software such as Adobe Flash or Toon Boom is not used or the CGI is hand-drawn using a tablet and mouse.

The term 'CGI animation' refers to dynamic CGI rendered as a movie. The term virtual world refers to agent-based, interactive environments. Computer graphics software is used to make computer-generated imagery for films, etc. Availability of CGI software and increased computer speeds have allowed individual artists and small companies to produce professional-grade films, games, and fine art from their home computers. This has brought about an Internet subculture with its own set of global celebrities, clichés, and technical vocabulary. The evolution of CGI led to the emergence of virtual cinematography in the 1990s where runs of the simulated camera are not constrained by the laws of physics.

Not only do animated images form part of computer-generated imagery, natural-looking landscapes (such as fractal landscapes) are also generated via computer algorithms. A simple way to generate fractal surfaces is to use an extension of the triangular mesh method, relying on the construction of some special case of a de Rham curve, e.g. midpoint displacement. For instance, the algorithm may start with a large triangle, then recursively zoom in by dividing it into four smaller Sierpinski triangles, then interpolate the height of each point from its nearest neighbors. The creation of a Brownian surface may be achieved not only by adding noise as new nodes are created but by adding additional noise at multiple levels of the mesh. Thus a topographical map with varying levels of height can be created using relatively straightforward fractal algorithms. Some typical, easy-to-program fractals used in CGI are the plasma fractal and the more dramatic fault fractal.

Many specific techniques have been researched and developed to produce highly focused computer-generated effects — e.g. the use of specific models to represent the chemical weathering of stones to model erosion and produce an "aged appearance" for a given stone-based surface. 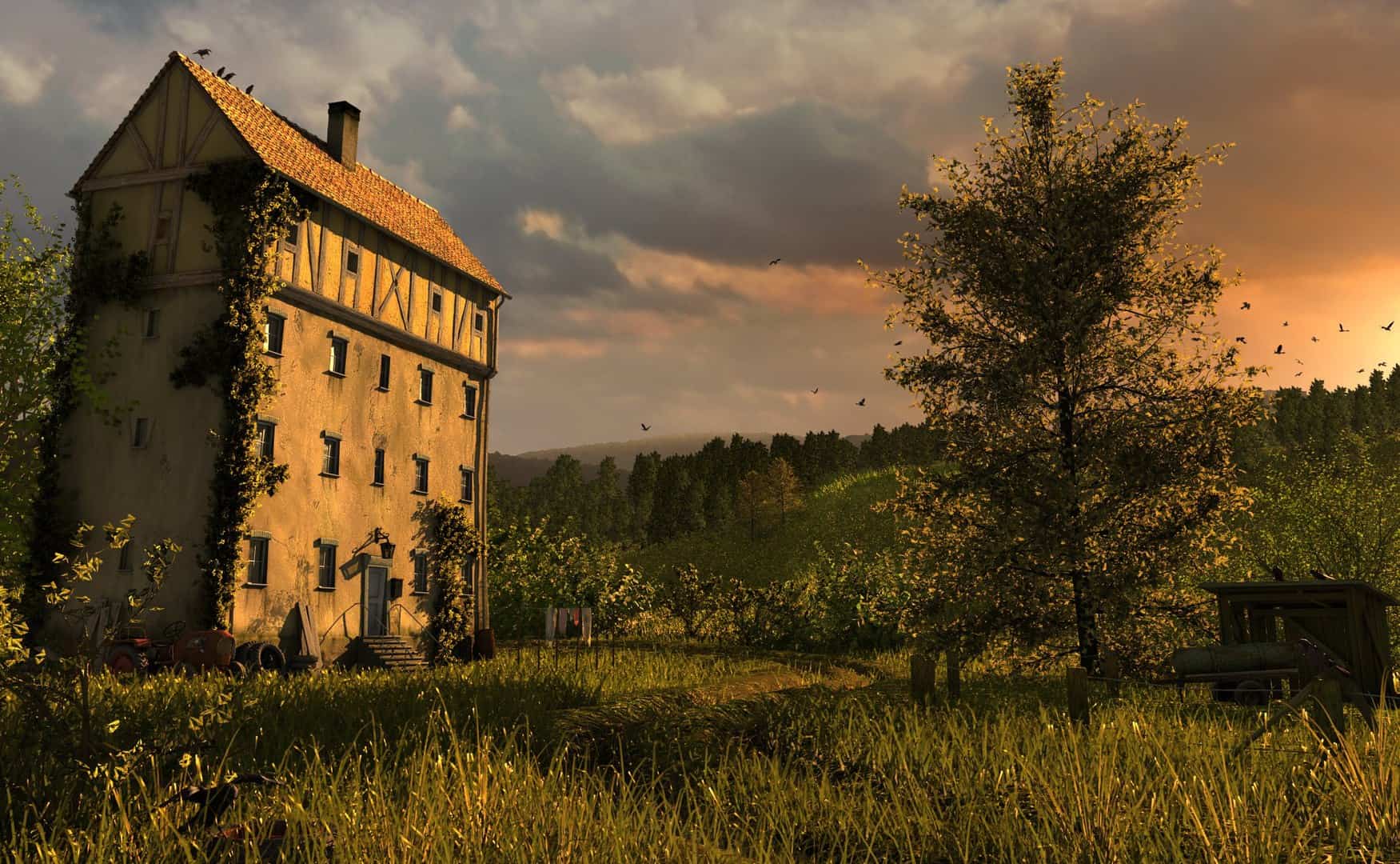