Microphone where the diaphragm acts as one plate of a capacitor, and the air vibrations change the distance between the plates.

A condenser microphone where the diaphragm acts as one plate of a capacitor, and the vibrations produce changes in the distance between the plates. The condenser microphone was invented at Western Electric in 1916 by E. C. Wente. Capacitors were historically called condensers. There are two types, depending on the method of extracting the audio signal from the transducer: DC-biased microphones, and radio frequency (RF) or high frequency (HF) condenser microphones. With a DC-biased microphone, the plates are biased with a fixed charge (Q). The voltage maintained across the capacitor plates changes with the vibrations in the air, according to the capacitance equation (C = Q⁄V), where Q = charge in coulombs, C = capacitance in farads, and V = potential difference in volts. The capacitance of the plates is inversely proportional to the distance between them for a parallel-plate capacitor. The assembly of fixed and movable plates is called an "element" or "capsule".

A nearly constant charge is maintained on the capacitor. As the capacitance changes, the charge across the capacitor does change very slightly, but at audible frequencies, it is sensibly constant. The capacitance of the capsule (around 5 to 100 pF) and the value of the bias resistor (100 MΩ to tens of GΩ) form a filter that is high-pass for the audio signal, and low-pass for the bias voltage. Note that the time constant of an RC circuit equals the product of the resistance and capacitance.

RF condenser microphones use a comparatively low RF voltage, generated by a low-noise oscillator. The signal from the oscillator may either be amplitude modulated by the capacitance changes produced by the sound waves moving the capsule diaphragm, or the capsule may be part of a resonant circuit that modulates the frequency of the oscillator signal. Demodulation yields a low-noise audio frequency signal with a very low source impedance. The absence of a high bias voltage permits the use of a diaphragm with looser tension, which may be used to achieve a wider frequency response due to higher compliance. The RF biasing process results in a lower electrical impedance capsule, a useful by-product of which is that RF condenser microphones can be operated in damp weather conditions that could create problems in DC-biased microphones with contaminated insulating surfaces. The Sennheiser "MKH" series of microphones use the RF biasing technique. A covert, remotely energized application of the same physical principle was devised by Soviet Russian inventor Léon Theremin and used to bug the US Ambassador's Residence in Moscow between 1945 and 1952.

Condenser microphones span the range from telephone transmitters through inexpensive karaoke microphones to high-fidelity recording microphones. They generally produce a high-quality audio signal and are now the popular choice in laboratory and recording studio applications. The inherent suitability of this technology is due to the very small mass that must be moved by the incident sound wave, unlike other microphone types that require the sound wave to do more work. They require a power source, provided either via microphone inputs on equipment as phantom power or from a small battery. Power is necessary for establishing the capacitor plate voltage and is also needed to power the microphone electronics (impedance conversion in the case of electret and DC-polarized microphones, demodulation, or detection in the case of RF/HF microphones). Condenser microphones are also available with two diaphragms that can be electrically connected to provide a range of polar patterns (see below), such as cardioid, omnidirectional, and figure-eight. It is also possible to vary the pattern continuously with some microphones, for example, the Røde NT2000 or CAD M179.

A valve microphone is a condenser microphone that uses a vacuum tube (valve) amplifier. They remain popular with enthusiasts of tube sound. 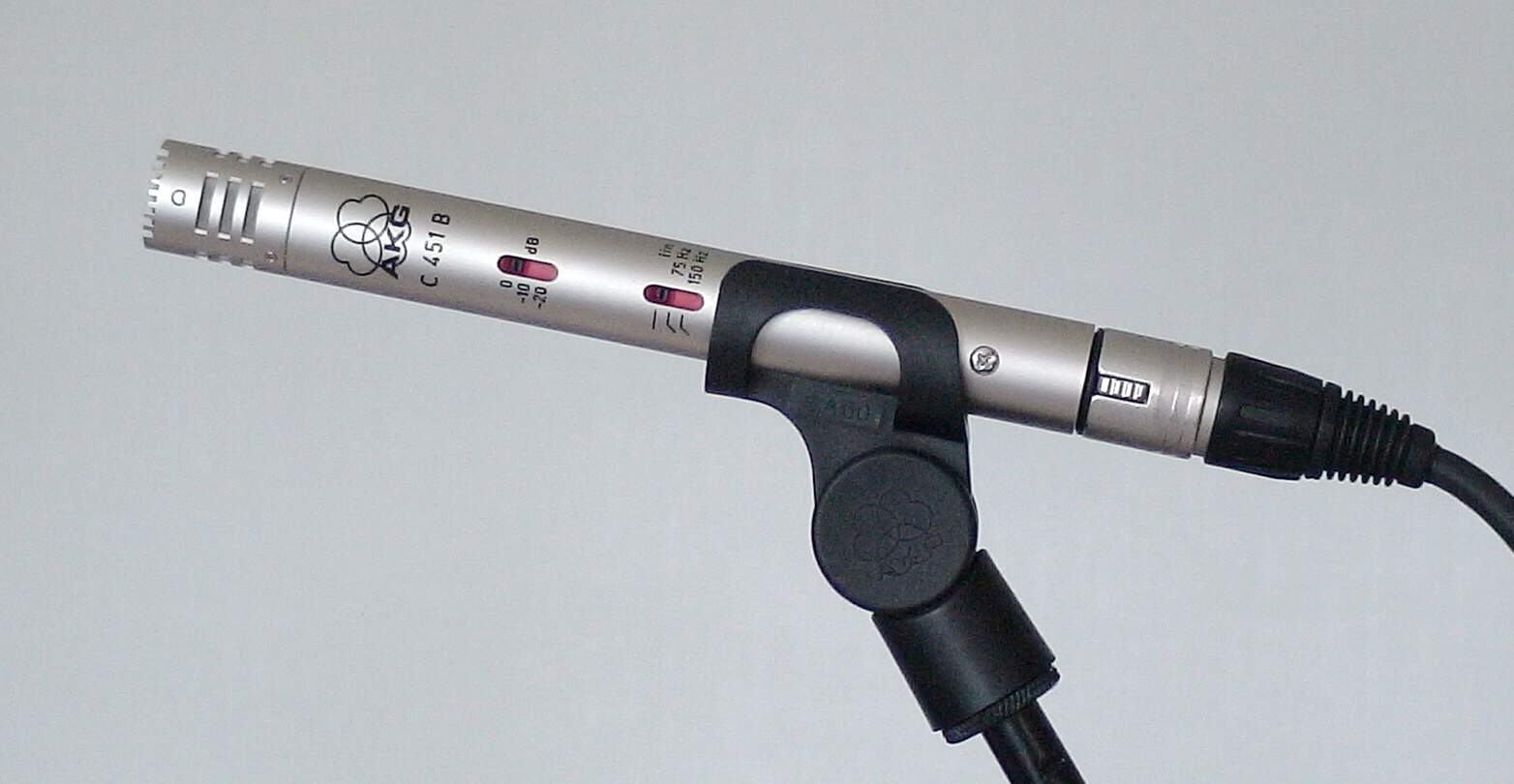