A qualifier for the rated speed of an optical disc drive.

Laserdiscs, the first consumer optical discs, used constant linear velocity to double playback time (CLV / "extended play" discs can hold 1 hour per side; CAV / "standard play" discs can only hold 30 minutes). As the motor's speed decreases from 1,800 to 600 rpm when the read head moves away from the center (which is the start of the recording), the disc constantly moves past the read head at a constant speed.

Later optical formats such as the audio CD also employ CLV to maintain both a constant data rate and a constant bit density. Their rotation gradually decreases from 495 to 212 rpm to keep the disc moving past the read laser at 1.2 m/s (3.9 ft/s) (assuming 1:1 playback speed and Red Book encoding).

To accommodate the higher data transfer rates and random access requirements of modern CD-ROM drives, CAV systems are used. This is because seek performance would be greatly affected during random access by the requirement to continually modulate the disc's rotation speed to be appropriate for the read head's position. 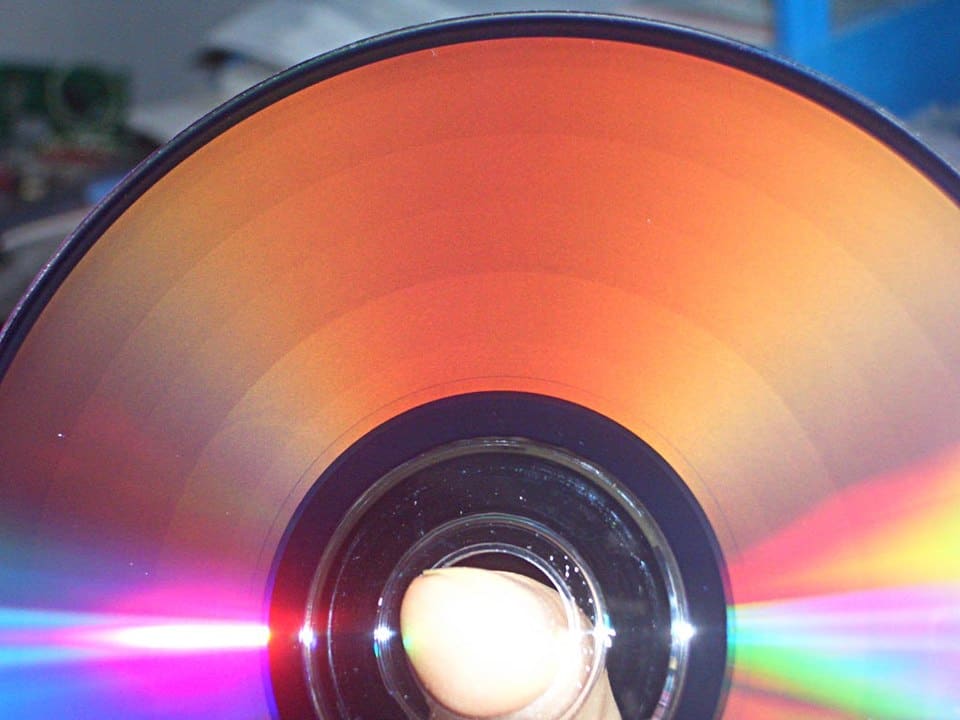