CVSD modulation
A technique for converting an analog voice signal into a serial bitstream.

Continuously variable slope delta modulation is the name of a voice encoding technique that is a special case of adaptive delta modulation. It was first proposed by Greefkes and Riemens in 1970, when they saw that delta modulation could be applied to speech signals, with a step size that varied continuously, instead of the step sizes used for music and data signals. The method encodes at 1 bit per sample so that audio sampled at 16 kHz is encoded at 16 kbit/s.

To allow for bit errors to fade out and to allow (re)synchronization to an ongoing bitstream, the output register (which keeps the reference sample) is normally realized as a leaky integrator with a time constant ( τ {\displaystyle \tau } \tau ) of about 1 ms.

CVSD is sometimes called a compromise between simplicity, low bitrate, and quality. Common bitrates are 9.6–128 kbit/s.

Like other delta-modulation techniques, the output of the decoder does not exactly match the original input to the encoder.

64 kbit/s CVSD is one of the options to encode voice signals in telephony-related Bluetooth service profiles; e.g., between mobile phones and wireless headsets. The other options are PCM with logarithmic a-law or μ-law quantization.

Numerous arcade games, such as Sinistar and Smash TV, and pinball machines, such as Gorgar or Space Shuttle, play pre-recorded speech through an HC-55516 CVSD decoder.

Delta modulation was used by Satellite Business Systems or SBS for its voice ports to provide long-distance phone service to large domestic corporations with a significant inter-corporation communications need (such as IBM). This system was in service throughout the 1980s. The voice ports used digitally implemented 24 kbit/s delta modulation with voice activity compression (VAC) and echo suppressors to control the half-second echo path through the satellite. Listening tests were conducted to verify that the 24 kbit/s Delta Modulator achieved "full voice quality" with no discernible degradation as compared to a high-quality phone line or the standard 64 kbit/s μ-law compounded PCM. This provided an 8:3 improvement in satellite channel capacity. IBM developed the Satellite Communications Controller and the voice port functions.

The original proposal in 1974 used a state-of-the-art 24 kbit/s Delta Modulator with a single integrator and a Shindler compander modified for gain error recovery. This proved to have less than full phone line speech quality. In 1977, one engineer with two assistants in the IBM Research Triangle Park, NC laboratory was assigned to improve the quality.

The final implementation replaced the integrator with a predictor implemented with a two-pole complex-pair low-pass filter designed to approximate the long-term average speech spectrum. The theory was that ideally, the integrator should be a predictor designed to match the signal spectrum. A nearly perfect Shindler compander replaced the modified version. It was found the modified compander resulted in a less than perfect step size at most signal levels and the fast gain error recovery increased the noise as determined by actual listening tests as compared to simple signal-to-noise measurements. The final compander achieved a very mild gain error recovery due to the natural truncation rounding error caused by 12-bit arithmetic.

The complete function of delta modulation, VAC, and echo control for 6 ports were implemented in a single digital integrated circuit chip with 12-bit arithmetic. A single DAC was shared by all 6 ports providing voltage compare functions for the modulators and feeding sample and hold circuits for the demodulator outputs. A single card held the chip, DAC, and all the analog circuits for the phone line interface including transformers. 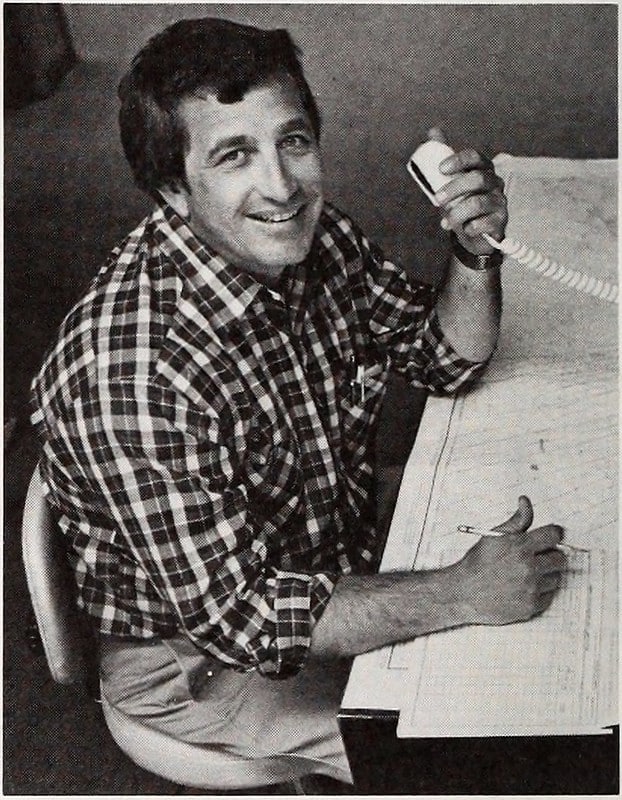