The difference in color or luminance intensity that allows objects in an image to be distinguishable.

Contrast is the difference in color or luminance intensity that allows the objects in an image to be distinguishable. In visual perception of the real world, contrast is determined by the difference in the color and brightness of the object and other objects within the same field of view. The human visual system is more sensitive to contrast than absolute luminance; we can perceive the world similarly regardless of the huge changes in illumination over the day or from place to place. The maximum contrast of an image is the contrast ratio or dynamic range.

According to Campbell and Robson (1968), the human contrast sensitivity function shows a typical band-pass filter shape peaking at around 4 cycles per degree with sensitivity dropping off either side of the peak. This finding has led many to claim that the human visual system is most sensitive in detecting contrast differences occurring at 4 cycles per degree; i.e., at this spatial frequency humans can detect lower contrast differences than at any other angular frequency. However, the claim of frequency sensitivity is problematic given, for example, that changes of distance don't seem to affect the relevant perceptual patterns (as noted, for example, in the figure caption to Solomon and Pelli (1994) While the latter authors are referring specifically to letters, they make no objective distinction between these and other shapes. The relative insensitivity of contrast effects to distance (and thus spatial frequency) may also be observed by casual inspection of a paradigmatic sweep grating, as may be observed here 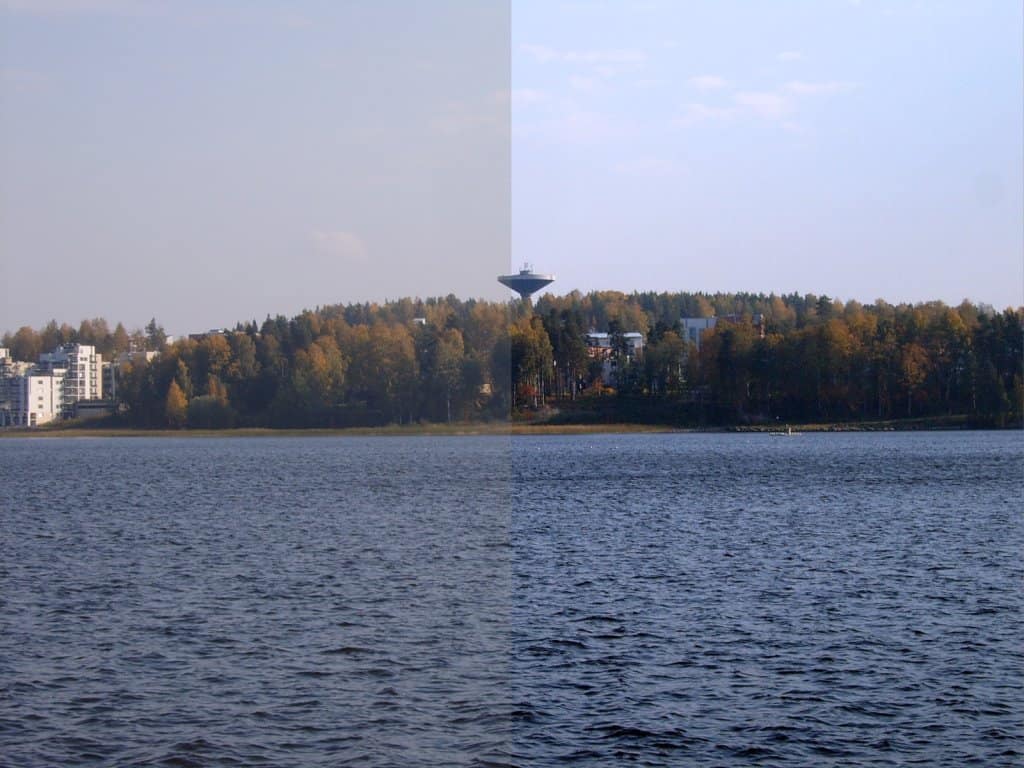