Converging meniscus is a convex-concave lens configuration. In this configuration, one side of the lens has an outward curve (convex) and the other, inward (concave).

Meniscus lenses are a special type of lens in eyeglasses and contact lenses. They have an outward curve on one side and an inward curve on the other.

Positive meniscus lenses are thicker in the center than at the edges. The radius of curvature of the front surface of the lens is smaller than that of the back surface. They correct farsightedness.

A negative meniscus lens has thinner edges and is wider at the center. The curvature of the lens is greater on the back surface than on the front surface. It is used to treat nearsightedness.

Convex-concave (meniscus) lenses can be either positive or negative, depending on the relative curvatures of the two surfaces. A negative meniscus lens has a steeper concave surface and is thinner at the center than at the periphery. Conversely, a positive meniscus lens has a steeper convex surface and is thicker at the center than at the periphery. An ideal thin lens with two surfaces of equal curvature would have zero optical power, meaning that it would neither converge nor diverge light. All real lenses have a nonzero thickness, however, which makes a real lens with identical curved surfaces slightly positive. To obtain exactly zero optical power, a meniscus lens must have slightly unequal curvatures to account for the effect of the lens's thickness. 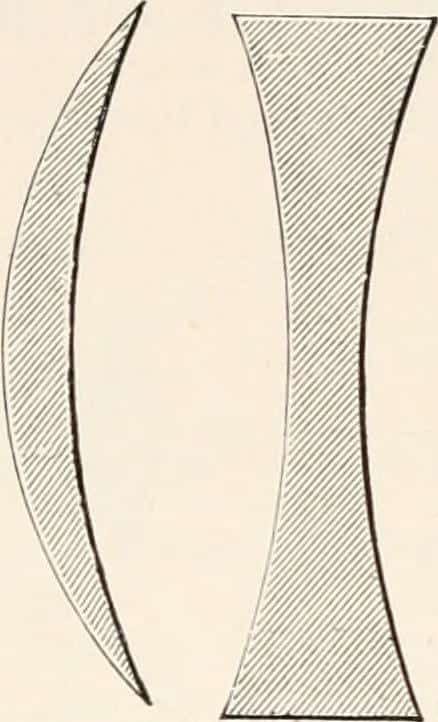