Camera coverage
In video and filmmaking, the amount and kind of footage necessary to capture and portray a scene.

In filmmaking and video production, camera coverage refers to the amount and kind of footage used to capture a scene. It is a method that uses all the shots necessary to portray the scene. After the scene is captured with all the necessary shots, the editor uses the coverage to put the final cut together.

One way to define coverage is that it consists of all the shots necessary to portray the scene. It is a method, it is a choice, and it creates choices (options). It is not limited to only those shots and angles needed to create the director's vision; it includes a choice of shots and angles, reducing the need for later pickups and reshoots. Even the most meticulously preplanned, storyboarded, and the rehearsed film will find a need for coverage. Coverage also allows the editor to take control of performance, adjusting the timing so that the audience's needs (rather than those of the director or actor) are met.

There are generally four types of cinematography:

Coverage is part of the master scene method and may be used in the freeform method.

The amount and kind of coverage are generally determined by the director in consultation with the cinematographer during the pre-production stage. Coverage provides the director and editor with the ability to change the pacing of the scene, refocus the scene on different images, or even use different takes. Coverage also allows the editor to get around mistakes in cinematography, the lack of clean frames, or continuity errors. More coverage is needed when filming explosions or stunts, as these are extremely difficult to replicate exactly. A single actor's performance which is particularly difficult, or a scene that has a large number of characters, will usually require more coverage than a two-person scene with simple dialogue.

In the Golden Age of Hollywood, a coherent style of acting, direction, editing, cinematography, theatrical realism, sound, and production design, collectively known as the "Hollywood style", dictated coverage. Directors and cinematographers were explicitly taught to capture a master shot, medium shots, close-ups, and cutaways from several different angles. This gave the director and editor, as well as producers and studio executives, the maximum amount of freedom in cutting the film. Since the demise of the studio system, coverage has taken on less importance in terms of crafting a scene due to the emphasis on the auteur theory of filmmaking. Veteran feature film editor John Rosenberg has argued, however, that moving away from the "Hollywood style" and studio system has led to lower-quality cinematography. Coverage is too limited, takes end without clearing a frame, the composition is poorly thought through, lighting is poor, and shots set up the scene are sparse.

Editors use coverage to overcome problems with visualization and storytelling. A good editor has a strong aesthetic sense, a complete understanding of the technical aspects of filmmaking, and a solid ability to tell a story. An editor uses these skills to diagnose problems with a scene, and correct them using coverage.

In feature film production, coverage is delivered every day to the editor in the form of "dailies" (also known as "rushes"). These are all the shots from the prior day which the director saw fit to print. Not all coverage has to be used in the final cut.

Coverage in the master scene method

In the master scene method, the script and the master shot are the "road map" which the editor uses to craft the scene. The master shot is filmed first since coverage must match what occurs in the master. Coverage consists of all the other shots—close-ups, medium shots, point-of-view shots, shot reverse shots, and others—required by the director to tell the story. All of these shots must obey the 180-degree rule. "Call" (the shot of the first actor, item, space) and "answer" (shots of the next actor, item, or space) shots use the same lens size and focus distance so that things in the shot retain a consistent distance from the camera.

The director and editor generally understand that the master shot will be chopped into pieces and other shots inserted in order to create the final cut. Coverage also involves shooting enough extra film to allow the editor to find cutting points. At those points where the director intends to insert coverage, the dialogue or action needs to stop and the cinematographer needs to hold the shot for a second or two. This gives the editor the ability to choose where to end the scene. If the insert comes before the beginning of dialogue or action, the cinematographer should begin filming a second or two early (creating what is known as a "clean frame") for the editor to work with.

Coverage may also include the filming of transition shots to introduce or help exit a scene.

Coverage in the freeform method

In the freeform method, the cinematographer almost always keeps the camera focused on the individual who is speaking or the primary action. Even if the scene is shot multiple times, this leaves almost no variation in each take.

When applied to the freeform method, coverage takes the form of a dialogue pass, reaction pass, and freeform pass. In the dialogue pass, the camera remains focused on whoever is talking or where the action is. In the reaction pass, the camera focuses only on the person listening or reacting to the speaker, or on those watching the action. In the freeform pass, the cinematographer chooses what to focus on: the speaker, the reactor, a wide shot, a close-up, or whatever seems appropriate. These three passes give the editor flexibility in building up the scene.

Coverage shots are needed because the long-take master shot looks static and stagey to modern audiences.

The establishing shot is one kind of coverage shot. It helps to place the viewer in a physical context, and avoid a claustrophobic feel to the film.

Cutaway shots are considered part of the coverage. These are images other than the principal action or dialogue. "A cutaway can be a reaction shot, what a character is seeing, a piece of the environment, or an object." Cutaway shots can be used when coverage is lacking, but they can also be integral elements of coverage designed to implement the visualization of the scene.

The cut-in/cut-out shot is another useful coverage shot. After the master shot is taken, a medium shot from the same angle is photographed. The editor can cut back and forth between the two shots. The cut-in or cut-out helps to cover the edit when dialogue is edited out ("compressed"), can be used by the director or editor to choose the best performance by an actor, and can even serve as a form of a match cut the serves to place the action in context.

While coverage is generally thought of in terms of shots and angles, coverage may also include the use of different focal lengths. 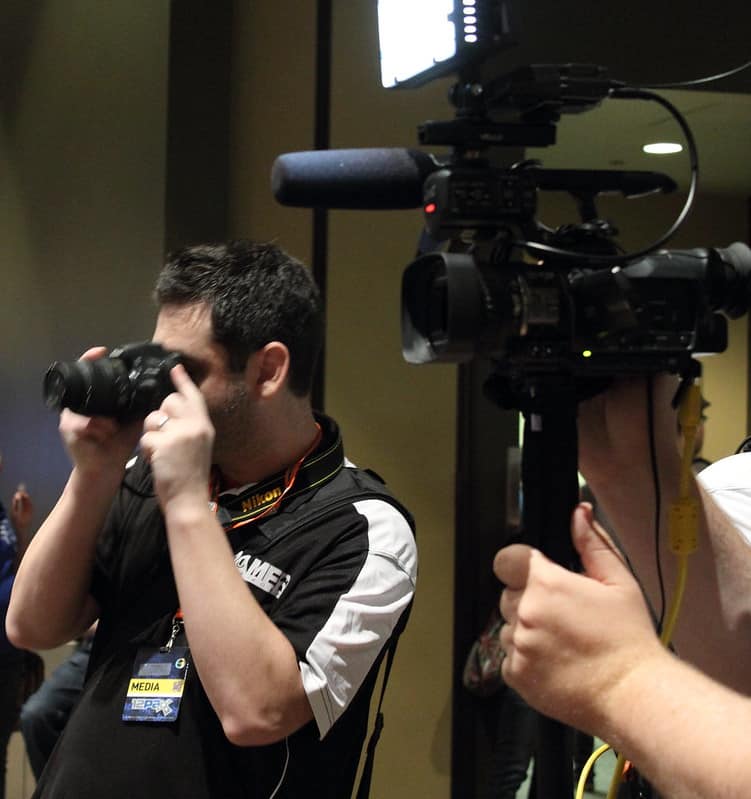