A shot taken by a camera mounted on a moving crane or jib to give the viewer a unique and dynamic perspective on a scene.

In filmmaking and video production, a crane shot is taken by a camera mounted on a moving crane or jib to give the viewer a unique and dynamic perspective on a scene. Most cranes accommodate both the camera and an operator, but some can be moved by remote control. Camera cranes go back to the dawn of movie-making and were frequently used in silent films to enhance the epic nature of large sets and massive crowds. Another use is to move up and away from the actors, a common way of ending a movie. Crane shots are often found in what are supposed to be emotional or suspenseful scenes. One example of this technique is the shots taken by remote cranes in the car-chase sequence of the 1985 film To Live and Die in L.A. Some filmmakers place the camera on a boom arm simply to make it easier to move around between ordinary set-ups.

The major supplier of cranes in the cinema of the United States throughout the 1940s, 1950s, and 1960s was the Chapman Company (later Chapman-Leonard of North Hollywood), supplanted by dozens of similar manufacturers around the world. The traditional design provided seats for both the director and the camera operator and sometimes the third seat for the cinematographer as well. Large weights on the back of the crane compensate for the weight of the people riding the crane and must be adjusted carefully to avoid the possibility of accidents. During the 1960s, the tallest crane was the Chapman Titan crane, a massive design over 20 feet high that won an Academy Scientific & Engineering award. Most such cranes were manually operated, requiring an experienced boom operator who knew how to vertically raise, lower, and "crab" the camera alongside actors while the crane platform rolled on separate tracks. The crane operator and camera operator had to precisely coordinate their moves so that focus, pan, and camera position all started and stopped at the same time, requiring great skill and rehearsal. 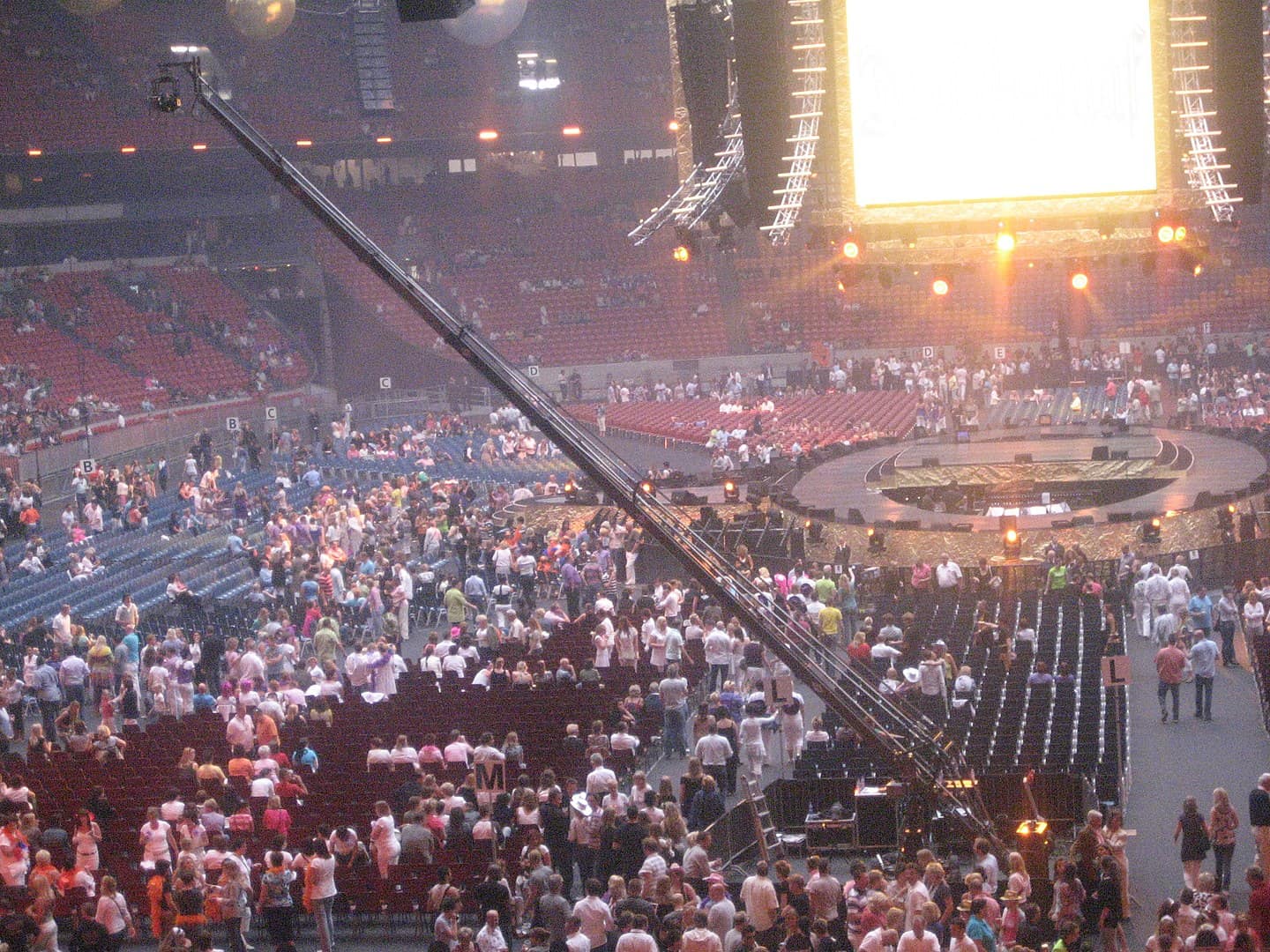