Cookie
A device placed between the light source and the subject used to cast shadows or silhouettes and produce a patterned illumination.

In lighting for film, a cucoloris is a device placed between the light source and the subject used to cast shadows or silhouettes and produce a patterned illumination.

The colors are used to create a more natural look by breaking up the light from a man-made source. It can be used to simulate movement by passing shadows or light coming through a leafy canopy.

Generally, cookies fall into three groups: hard cookies, made from thin plywood or heavy poster board with random shapes cut out of the body; soft cookies (often called "celo" cookies), made from the plastic impregnated screen (the same screen one might find in a storm window), also with random shapes cut or burned out; and brancholorises or dingles, which are simply tree limbs or other available things that can be placed between the light and the subject.

Many "old-school" grips would say that any unnatural pattern used to create a shadow is a cookie.

Cucolorises are sometimes thought of as a subset of the gobo category. Cucolorises differ from standard gobos in that they are used farther away from the lighting instrument, and therefore do not need to be as heat resistant. Cuculorises generally produce softer edges than gobos.

A similar technique to using a cookie is simulated in 3D computer graphics, where using an alpha map as a cookie (sometimes called a light texture) to cast shadows on 3D objects is simulated by applying an alpha texture to an emitting light source in the 3D scene, typically a spotlight type or a directional light type, to serve as a virtual cookie that projects shadows onto the 3D object(s) by emitting light only through the transparent or translucent parts of the alpha texture, thus simulating the effect of colors as used in its real-world counterpart. This effect is commonly used in both 3D computer-generated animation and video games. 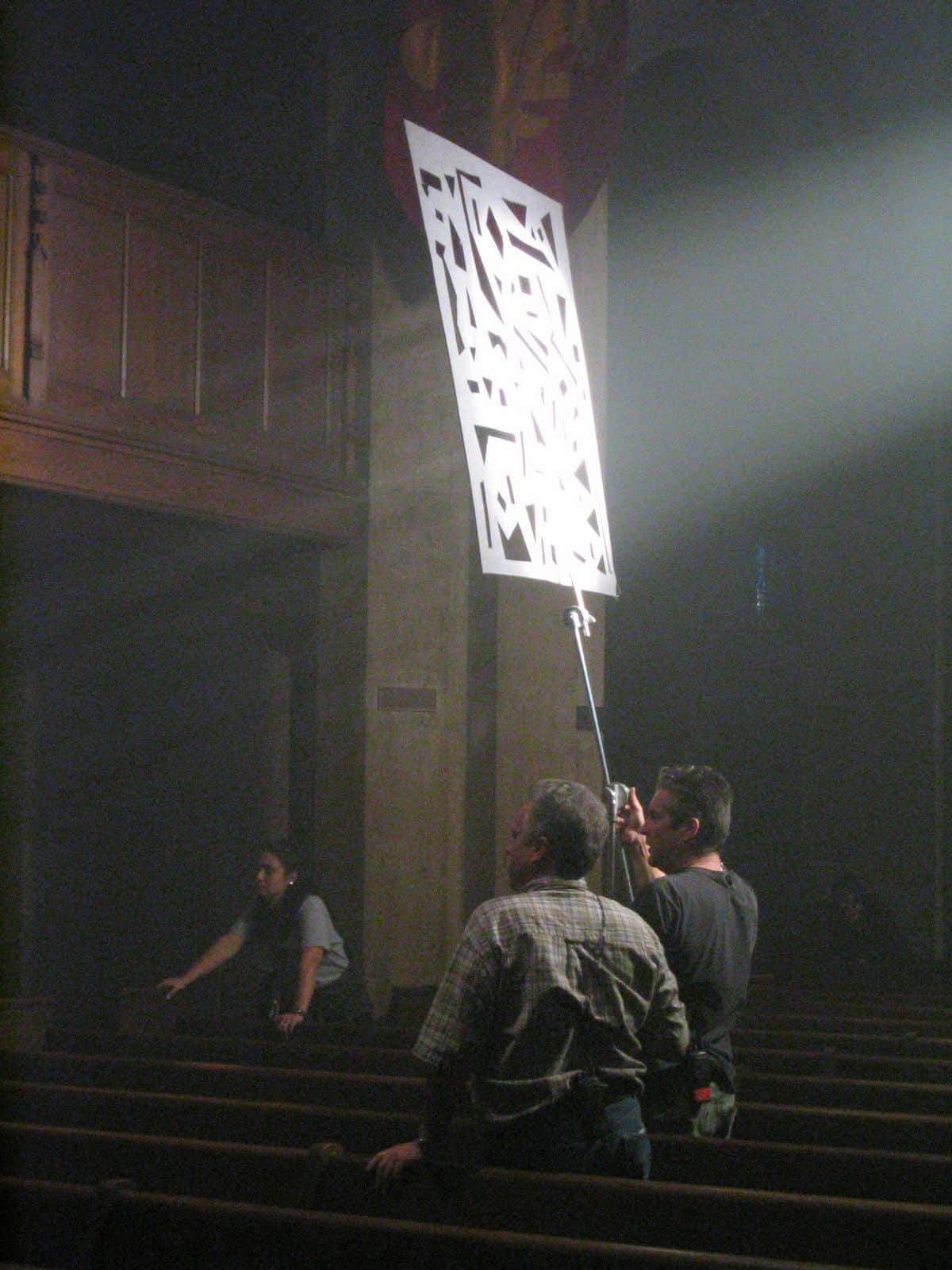 Cucoloris
also known as
see also
resources
source
Adapted from content published on wikipedia.org
credit
Last modified on September 2, 2020, 3:20 am
previous
next
Videocide.com is a service provided by Codecide, a company located in Chicago, IL USA.