A system that describes how to draw 3D objects on 2D surfaces.

Curvilinear perspective is a system that describes how to draw 3D objects on 2D surfaces. It was formally codified in 1968 by the artists and art historians André Barre and Albert Flocon in the book La Perspective curviligne, which was translated into English in 1987 as Curvilinear Perspective: From Visual Space to the Constructed Image and published by the University of California Press.

Earlier, less mathematically precise versions can be seen in the work of the miniaturist Jean Fouquet. Leonardo da Vinci in a lost notebook spoke of curved perspective lines.

Examples of approximated five-point perspective can also be found in the self-portrait of the mannerist painter Parmigianino seen through a shaving mirror. Other examples are the curved mirror in the Arnolfini Portrait (1434) by the Flemish Primitive Jan van Eyck, or A View of Delft (1652) by the Dutch Golden Age painter Carel Fabritius.

The book Vanishing Point: Perspective for Comics from the Ground Up by Jason Cheeseman-Meyer teaches five and four (infinite) point perspectives.

In 1959, Flocon had acquired a copy of Grafiek en tekeningen by M. C. Escher who strongly impressed him with his use of bent and curved perspective, which influenced the theory Flocon and Barre were developing. They started a long correspondence, in which Escher called Flocon a "kindred spirit".

The system uses curving perspective lines instead of straight converging ones to approximate the image on the retina of the eye, which is itself spherical, more accurately than the traditional linear perspective, which uses straight lines and gets very strangely distorted at the edges.

It uses either four, five, or more vanishing points:

In a five-point (fisheye) perspective: Four vanishing points are placed around in a circle, they are named N, W, S, E, plus one vanishing point in the center of the circle.

This technique can, as a two-point perspective, use a vertical line as a horizon line, creating both a worms and birds' eye view at the same time. It uses four or more points equally spaced along a horizon line, all vertical lines are made perpendicular to the horizon line, while orthogonal are created using a compass set on a line made at a 90-degree angle through each of the four vanishing points. 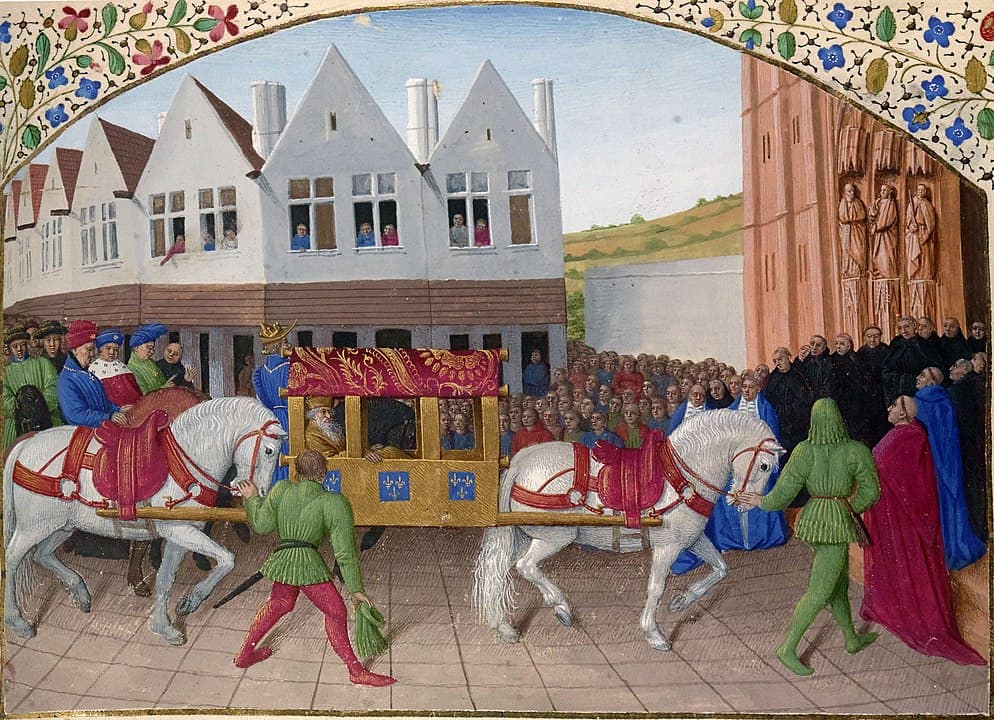 Curvilinear perspective
see also
resources
source
Adapted from content published on wikipedia.org
credit
Last modified on May 20, 2021, 12:49 am
previous
next
Videocide.com is a service provided by Codecide, a company located in Chicago, IL USA.