D6 HDTV VTR is an SMPTE videocassette standard. A D6 VTR can record and playback HDTV video uncompressed. The only D6 VTR product is the Philips, now Thomson's Grass Valley's Media Recorder, model DCR 6024, also called the D6 Voodoo VTR. The VTR was a joint project between Philips Digital Video Systems of Germany and Toshiba in Japan. The tape deck module was designed and made by Philips in Weiterstadt, Germany (formerly Bosch Fernseh), and the digital processor module designed and made by Toshiba. Since there is no data compression, after 20 tape copies of multi-generations there is no noticeable loss of quality. As a very high-end, costly system about 70 were sold to high-end post houses from about 2000 to 2005. The VTR had a data record option. The data module could record and playback 2k DPX files at 6 frames per second over a HIPPI connection. The VTR came in a data-only model, or with a switch module, so the record deck could be used for both video and data recording. The tape deck was also sold stand alone as a gigabit recorder to record and playback raw data. Toshiba made the videotape for the VTR. The high price of the videotape limited the use of the VTR. 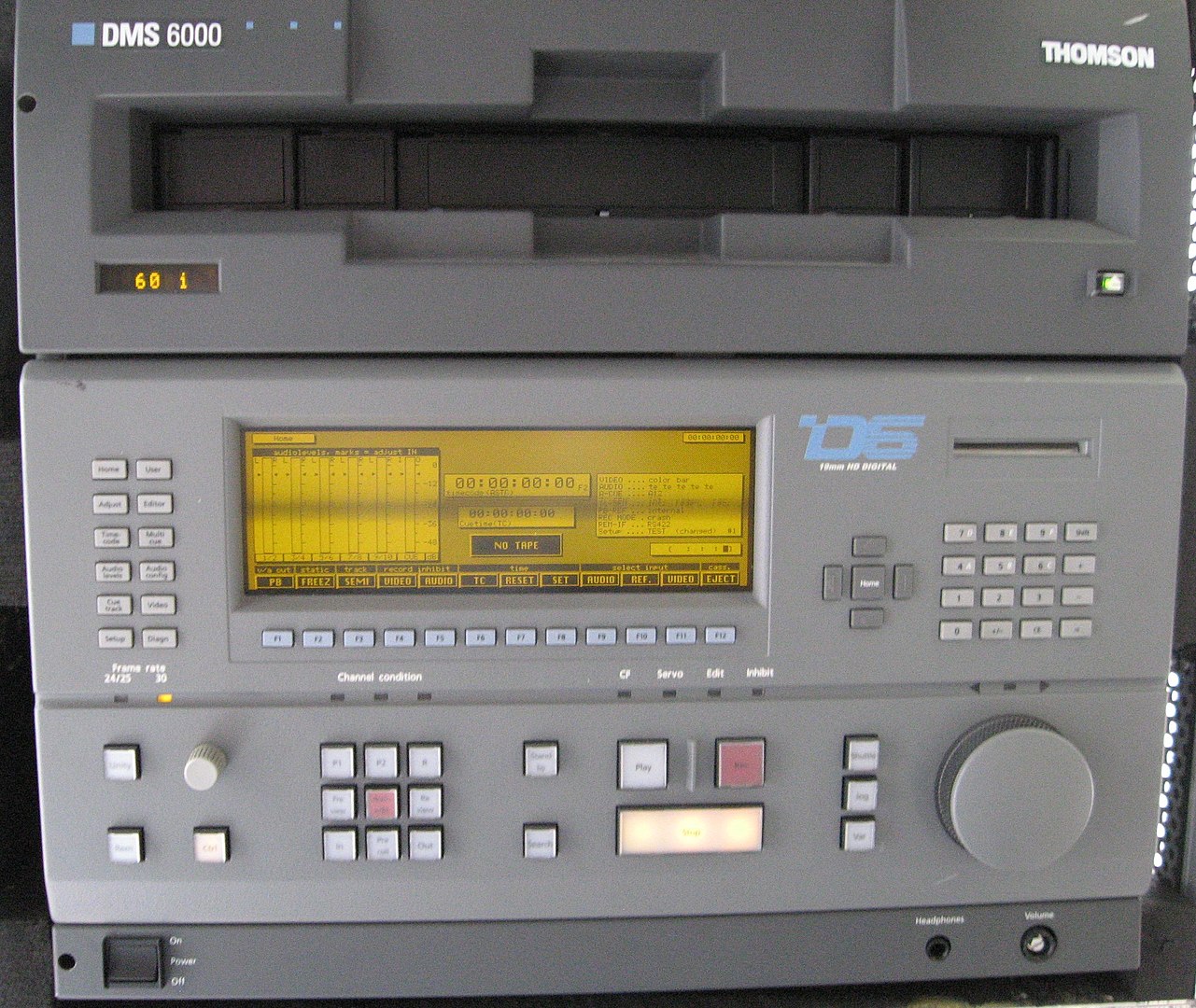