A common type of electrical connector.

A D-subminiature is a common type of electrical connector. They are named for their characteristic D-shaped metal shield. When they were introduced, D-subs were among the smallest connectors used on computer systems.

A D-sub contains two or more parallel rows of pins or sockets usually surrounded by a D-shaped metal shield that provides mechanical support, ensures correct orientation, and may screen against electromagnetic interference. D-sub connectors have gender: parts with pin contacts are called male connectors or plugs, while those with socket contacts are called female connectors or sockets. The socket's shield fits tightly inside the plug's shield. Panel mounted connectors usually have threaded nuts that accept screws on the cable end connector cover that are used for locking the connectors together and offering mechanical strain relief. Occasionally the nuts may be found on a cable end connector if it is expected to connect to another cable end (see the male DE-9 pictured). When screened cables are used, the shields are connected to the overall screens of the cables. This creates an electrically continuous screen covering the whole cable and connector system.

The D-sub series of connectors was introduced by Cannon in 1952. Cannon's part-numbering system uses D as the prefix for the whole series, followed by one of A, B, C, D, or E denoting the shell size, followed by the number of pins or sockets, followed by either P (plug or pins) or S (socket) denoting the gender of the part. Each shell size usually (see below for exceptions) corresponds to a certain number of pins or sockets: A with 15, B with 25, C with 37, D with 50, and E with 9. For example, DB-25 denotes a D-sub with a 25-position shell size and a 25-position contact configuration. The contacts in each row of these connectors are spaced 326/3000 of an inch apart, or approximately 0.1087 inches (2.76 mm), and the rows are spaced 0.112 inches (2.84 mm) apart; the pins in the two rows are offset by half the distance between adjacent contacts in a row. This spacing is called normal density. The suffixes M and F (for male and female) are sometimes used instead of the original P and S for plug and socket.

Later D-sub connectors added extra pins to the original shell sizes, and their names follow the same pattern. For example, the DE-15, usually found in VGA cables, has 15 pins in three rows, all surrounded by an E size shell. The pins are spaced at 0.090 inches (2.3 mm) horizontally and 0.078 inches (2.0 mm) vertically, in what is called high density. The other connectors with the same pin spacing are the DA-26, DB-44, DC-62, DD-78, and DF-104. They all have three rows of pins, except the DD-78 which has four, and the DF-104 which has five rows in a new, larger shell. The double density series of D-sub connectors features even denser arrangements and consists of the DE-19, DA-31, DB-52, DC-79, and DD-100. These each has three rows of pins, except the DD-100, which has four.

However, this naming pattern is not always followed. Because personal computers first used DB-25 connectors for their serial and parallel ports, when the PC serial port began to use 9-pin connectors, they were often labeled as DB-9 instead of DE-9 connectors, due to an ignorance of the fact that B represented a shell size. It is now common to see DE-9 connectors sold as DB-9 connectors. DB-9 nearly always refers to a 9-pin connector with an E size shell. The non-standard 23-pin D-sub connectors for external floppy drives and video output on most of the Amiga computers are usually labeled DB-23, even though their shell size is two pins smaller than ordinary DB sockets.

Reflecting the same confusion of the letters DB with just D as mentioned above, high-density connectors are also often called DB-15HD (or even DB-15 or HD-15), DB-26HD (HD-26), DB-44HD, DB-62HD, and DB-78HD connectors, respectively, where HD stands for high density.

Cannon also produced "combo" D-subs with larger contacts in place of some of the normal contacts, for use for high-current, high-voltage, or co-axial inserts. The DB-13W3 variant was commonly used for high-performance video connections; this variant provided 10 regular (#20) pins plus three coaxial contacts for the red, green, and blue video signals. Combo D-subs are currently manufactured in a broad range of configurations by other companies, including Amphenol, Conec, Teledyne Reynolds, Assmann WSW Components, Norcomp, Positronic, Cinch, 3M, and Tyco. Some variants have current ratings up to 40 A; others are waterproof and meet IP67 standards.

A further family of connectors of similar appearance to the D-sub family uses names such as HD-50 and HD-68 and has a D-shaped shell about half the width of a DB25. They are common in SCSI attachments. 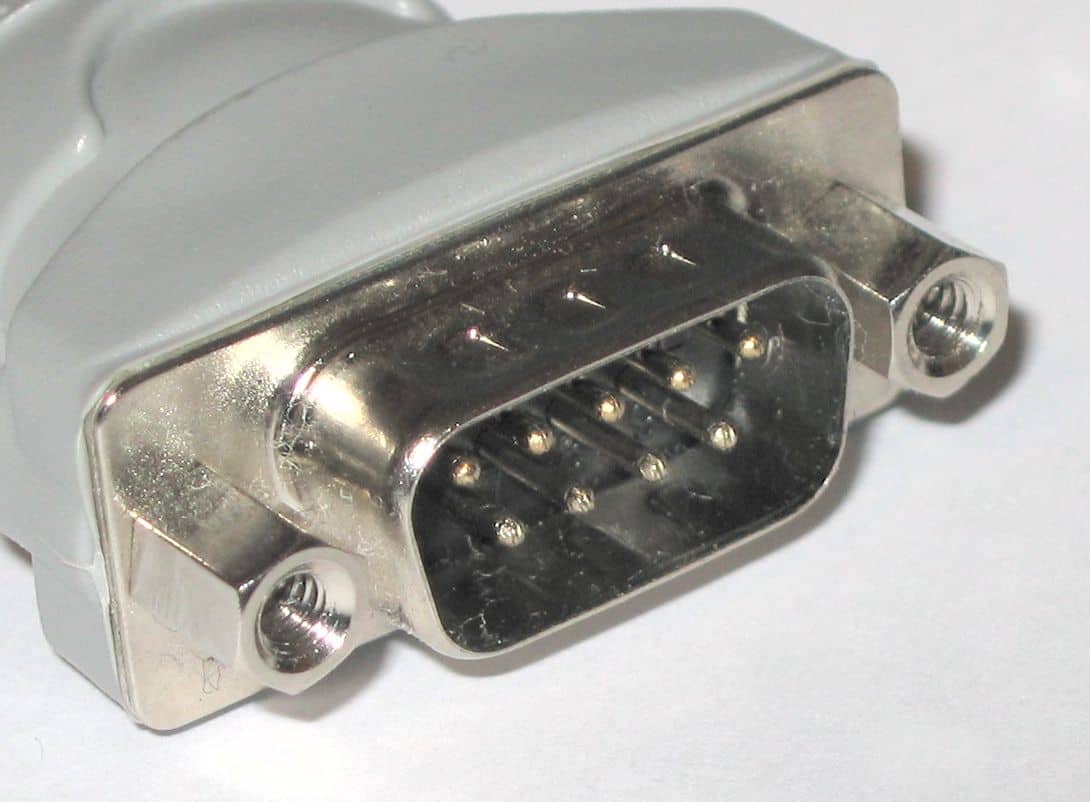