A device designed to manipulate magnetic fields to erase recordings on magnetic tapes and films, or to demagnetize magnetic recording heads.

Until recently, the most common use of degaussing was in CRT-based color TV sets and color computer monitors. For example, many monitors use a metal plate near the front of the tube to guide the electron beams from the back. This plate, the shadow mask, can pick up strong external fields and from that point produce discoloration on the display by imparting an undesired deflection to the electron beam.

To minimize this, CRTs have a copper, or often in the case of cheaper appliances, aluminum, coil wrapped around the front of the display, known as the degaussing coil. Monitors without an internal coil can be degaussed using an external handheld version. Internal degaussing coils in CRTs are generally much weaker than external degaussing coils since a better degaussing coil takes up more space. A degauss causes a magnetic field inside the tube to oscillate rapidly, with decreasing amplitude. This leaves the shadow mask with a small and somewhat randomized field, removing the discoloration.
A degaussing in progress

Many televisions and monitors automatically degauss their picture tube when switched on, before an image is displayed. The high current surge that takes place during this automatic degauss is the cause of an audible "thunk" or loud hum, which can be heard (and felt) when televisions and CRT computer monitors are switched on. Visually, this causes the image to shake dramatically for a short period of time. A degauss option is also usually available for manual selection in the operations menu in such appliances.

In most commercial equipment the current surge to the degaussing coil is regulated by a simple PTC thermistor device, which initially has a low resistance but quickly changes to a high resistance due to the heating effect of the current flow. Such devices are designed for a one-off transition from cold to hot at power-up, "experimenting" with the degauss effect by repeatedly switching the device on and off, may cause this component to fail. The effect will also be weaker since the PTC will not have had time to cool off.

Data is stored in the magnetic media, such as hard drives, floppy disks, and magnetic tape, by making very small areas called magnetic domains change their magnetic alignment to be in the direction of an applied magnetic field. This phenomenon occurs in much the same way a compass needle points in the direction of the Earth's magnetic field. Degaussing, commonly called erasure, leaves the domains in random patterns with no preference for orientation, thereby rendering previous data unrecoverable. There are some domains whose magnetic alignment is not randomized after degaussing. The information these domains represent is commonly called magnetic remanence or remanent magnetization. Proper degaussing will ensure there is insufficient magnetic remanence to reconstruct the data.

Erasure via degaussing may be accomplished in two ways: in AC erasure, the medium is degaussed by applying an alternating field that is reduced in amplitude over time from an initial high value (i.e., AC powered); in DC erasure, the medium is saturated by applying a unidirectional field (i.e., DC powered or by employing a permanent magnet). A degausser is a device that can generate a magnetic field for degaussing magnetic storage media. 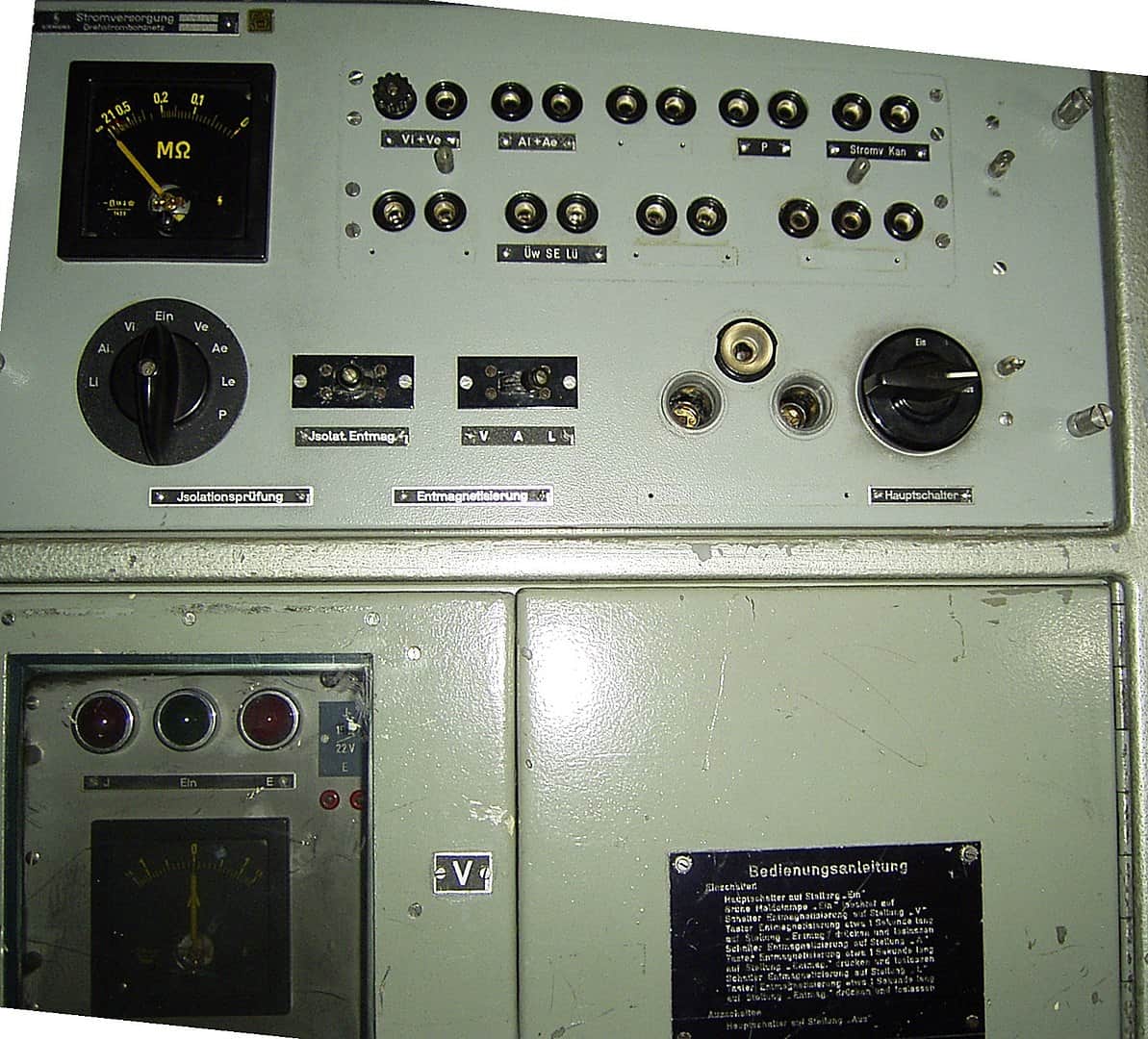