A process performed by an electronic circuit that separates the audio and video signals from the original carrier wave signal.

Demodulation is extracting the original information-bearing signal from a carrier wave. A demodulator is an electronic circuit (or computer program in a software-defined radio) that is used to recover the information content from the modulated carrier wave. There are many types of modulation so there are many types of demodulators. The signal output from a demodulator may represent a sound (an analog audio signal), images (an analog video signal), or binary data (a digital signal).

These terms are traditionally used in connection with radio receivers, but many other systems use many kinds of demodulators. For example, in a modem, which is a contraction of the terms modulator/demodulator, a demodulator is used to extract a serial digital data stream from a carrier signal which is used to carry it through a telephone line, coaxial cable, or optical fiber

Demodulation was first used in radio receivers. In the wireless telegraphy radio systems used during the first 3 decades of radio (1884-1914), the transmitter did not communicate audio (sound) but transmitted information in the form of pulses of radio waves that represented text messages in Morse code. Therefore, the receiver merely had to detect the presence or absence of the radio signal, and produce a click sound. The device that did this was called a detector. The first detectors were coherers, simple devices that acted as a switch. The term detector stuck was used for other types of demodulators and continues to be used to the present day for a demodulator in a radio receiver.

The first type of modulation used to transmit sound over radio waves was amplitude modulation (AM), invented by Reginald Fessenden around 1900. An AM radio signal can be demodulated by rectifying it to remove one side of the carrier, and then filtering to remove the radio-frequency component, leaving only the modulating audio component. This is equivalent to peak detection with a suitably long time constant. The amplitude of the recovered audio frequency varies with the modulating audio signal, so it can drive an earphone or an audio amplifier. Fessenden invented the first AM demodulator in 1904 called the electrolytic detector, consisting of a short needle dipping into a cup of dilute acid. The same year John Ambrose Fleming invented the Fleming valve or thermionic diode which could also rectify an AM signal.

Many techniques such as carrier recovery, clock recovery, bit slip, frame synchronization, rake receiver, pulse compression, Received Signal Strength Indication, error detection, and correction, etc., are only performed by demodulators, although any specific demodulator may perform only some or none of these techniques.

Many things can act as a demodulator if they pass the radio waves on nonlinearly. 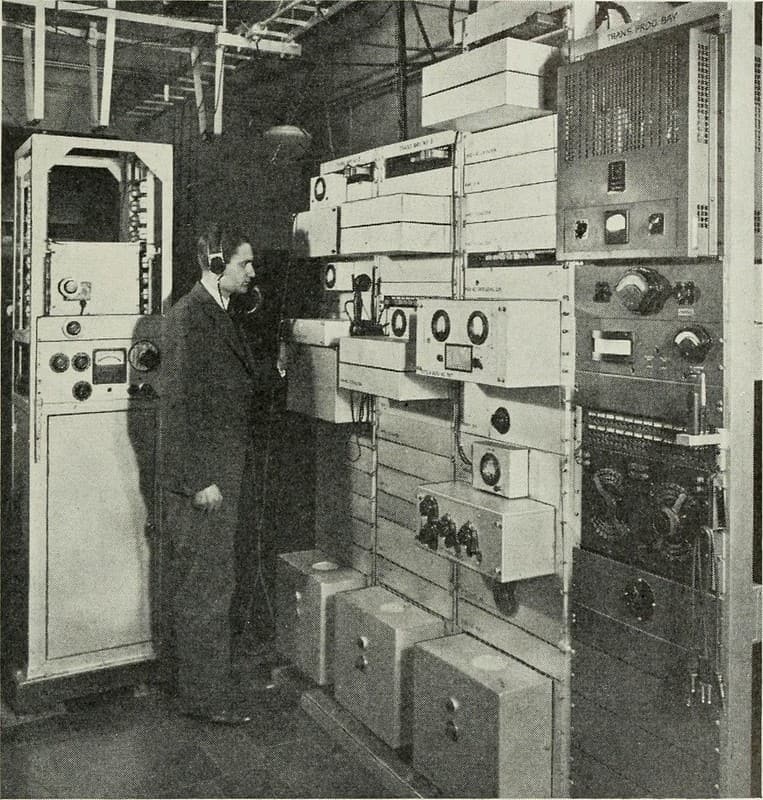 Demodulation
see also
resources
source
Adapted from content published on wikipedia.org
credit
Last modified on October 12, 2020, 7:38 am
previous
next
Videocide.com is a service provided by Codecide, a company located in Chicago, IL USA.