A service that provides an audio description of the setting and action of a film for the visually impaired.

The Descriptive Video Service (DVS) is a major United States producer of video description, which makes visual media, such as television programs, feature films and home videos, more accessible to people who are blind or otherwise visually impaired. DVS often is used to describe the product itself.

VS describers watch a program and write a script describing visual elements that are important in understanding what is occurring at the time and the plot as a whole. For example, in the opening credit sequence of the children's series Arthur on PBS, the description has been performed as follows:

"Arthur is an 8-year-old aardvark. He wears round glasses with thick frames over his big eyes. He has two round ears on top of his oval-shaped head. He wears red sneakers and blue jeans, with a yellow sweater over a white shirt."

The length of descriptions and their placement by a producer into the program are largely dictated by what can fit in natural pauses in dialogue (other producers of description may have other priorities, such as synchronization with the timing of a described element's appearance, which differs from DVS's priority for detail). Once recorded, placed and mixed with a copy of the original soundtrack, the DVS track is then "laid back" to the master tape on a separate audio track (for broadcast on the SAP) or to its own DVS master (for home video). For feature films, the descriptions are not mixed with the soundtrack but kept separate as part of a DTS soundtrack. 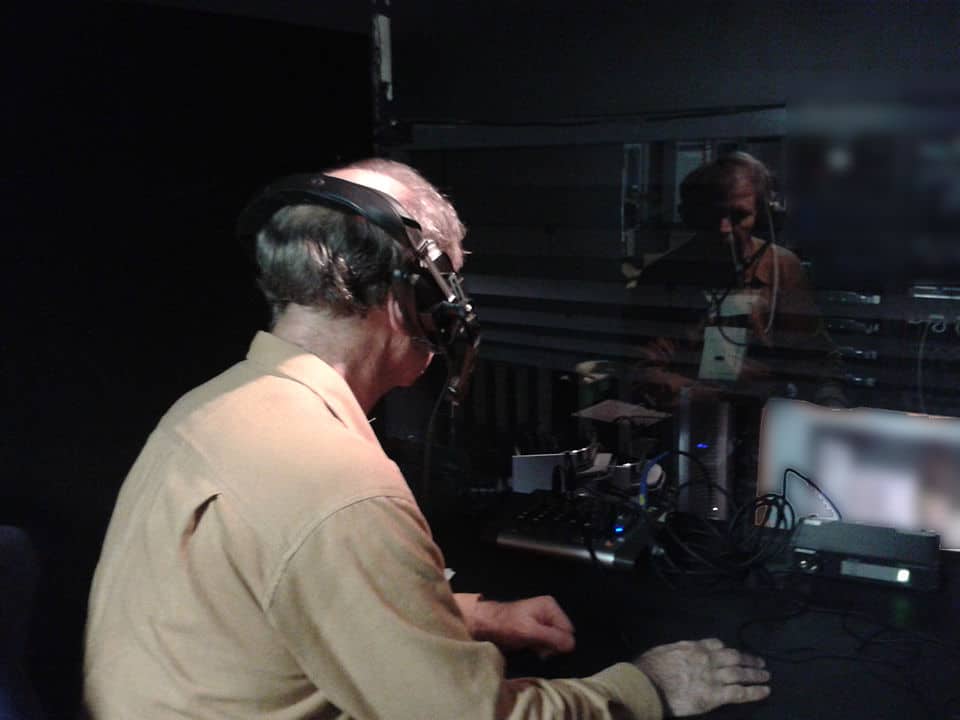