Phenomena that cause light waves to spread around the edges of a narrow obstacle or aperture.

Diffraction refers to various phenomena that occur when a wave encounters an obstacle or a slit. It is defined as the bending of waves around the corners of an obstacle or through an aperture into the region of the geometrical shadow of the obstacle/aperture. The diffracting object or aperture effectively becomes a secondary source of the propagating wave. Italian scientist Francesco Maria Grimaldi coined the word "diffraction" and was the first to record accurate observations of the phenomenon in 1660.

In classical physics, the diffraction phenomenon is described by the Huygens–Fresnel principle that treats each point in a propagating wave-front as a collection of individual spherical wavelets. The characteristic bending pattern is most pronounced when a wave from a coherent source (such as a laser) encounters a slit/aperture that is comparable in size to its wavelength, as shown in the inserted image. This is due to the addition, or interference, of different points on the wave-front (or, equivalently, each wavelet) that travel by paths of different lengths to the registering surface. However, if there are multiple, closely spaced openings, a complex pattern of varying intensity can result.

These effects also occur when a light wave travels through a medium with a varying refractive index, or when a sound wave travels through a medium with varying acoustic impedance – all waves diffract, including gravitational waves, water waves, and other electromagnetic waves such as X-rays and radio waves. Furthermore, quantum mechanics also demonstrates that matter possesses wave-like properties, and hence, undergoes diffraction (which is measurable at subatomic to molecular levels).

Diffraction and interference are closely related and are near – if not exactly – identical in meaning. Richard Feynman observes that "diffraction" tends to be used when referring to many wave sources, and "interference" when only a few are considered.

The effects of diffraction of light were first carefully observed and characterized by Francesco Maria Grimaldi, who also coined the term diffraction, from the Latin diffringere, 'to break into pieces', referring to light breaking up into different directions. The results of Grimaldi's observations were published posthumously in 1665. Isaac Newton studied these effects and attributed them to the inflexion of light rays. James Gregory (1638–1675) observed the diffraction patterns caused by a bird feather, which was effectively the first diffraction grating to be discovered. Thomas Young performed a celebrated experiment in 1803 demonstrating interference from two closely spaced slits. Explaining his results by the interference of the waves emanating from the two different slits, he deduced that light must propagate as waves. Augustin-Jean Fresnel did more definitive studies and calculations of diffraction made public in 1816 and 1818, and thereby gave great support to the wave theory of light that had been advanced by Christiaan Huygens and reinvigorated by Young, against Newton's particle theory. 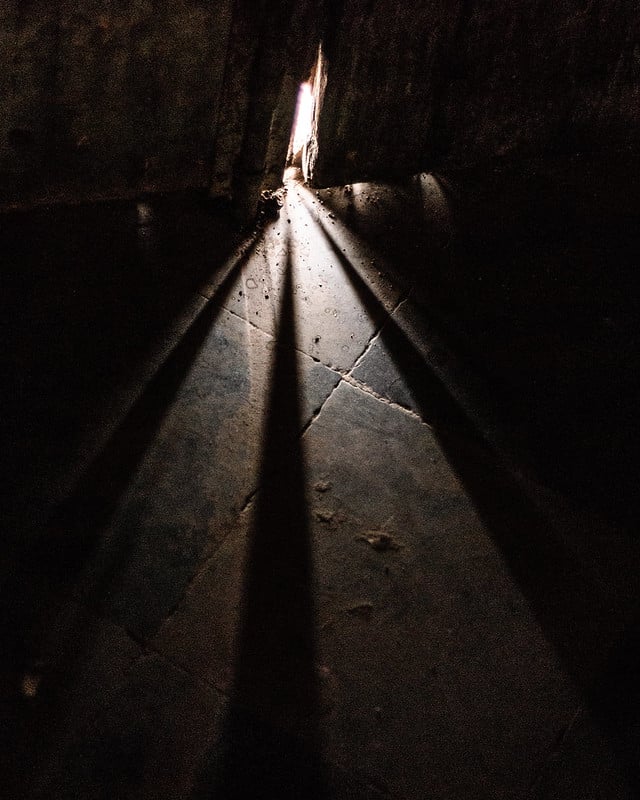 Diffraction
see also
resources
source
Adapted from content published on wikipedia.org
credit
Last modified on October 22, 2020, 9:11 am
previous
next
Videocide.com is a service provided by Codecide, a company located in Chicago, IL USA.