The use of a camera to record distant images through an optical telescope.

Digiscoping is a neologism for afocal photography, using a (digital) camera to record distant images through the eyepiece of an optical telescope.

Digiscoping usually refers to using either a digital single-lens reflex camera with lens attached or, more often, a fixed lens point and shoot digital camera to obtain photos through the eyepiece of a birdwatcher's spotting scope. using a technique called afocal photography. It has also been associated with using a digital camera and spotting scope equipped for prime focus photography.

The origins of the activity called Digiscoping has been attributed to the photographic methods of Laurence Poh, a birdwatcher from the Malaysian Nature Society, who discovered in 1999 almost by accident that the new generation of point and shoot digital cameras could be held up to the eyepiece of a standard spotting scope and achieve surprisingly good results. He spread his findings through birding internet discussion forums and one member, French birdwatcher Alain Fossé, coined the name “digiscoping” to describe the technique. Laurence Poh is sometimes credited with "inventing" the technique although his contribution may be more along the lines of popularizing the idea and refining the technology. Using a camera with its lens attached at the eyepiece of optical devices such as microscopes or telescopes, creating an afocal system (technically called afocal photography or afocal projection) has been used for nearly 100 years and digital camera afocal photography was already being employed in the amateur astronomical community. This form of afocal photography is now becoming more common in general photography with the spread of point and shoot digital cameras because of the ease of use of this type of setup. An industry has sprung up selling couplers and other devices for mounting digital cameras afocally. 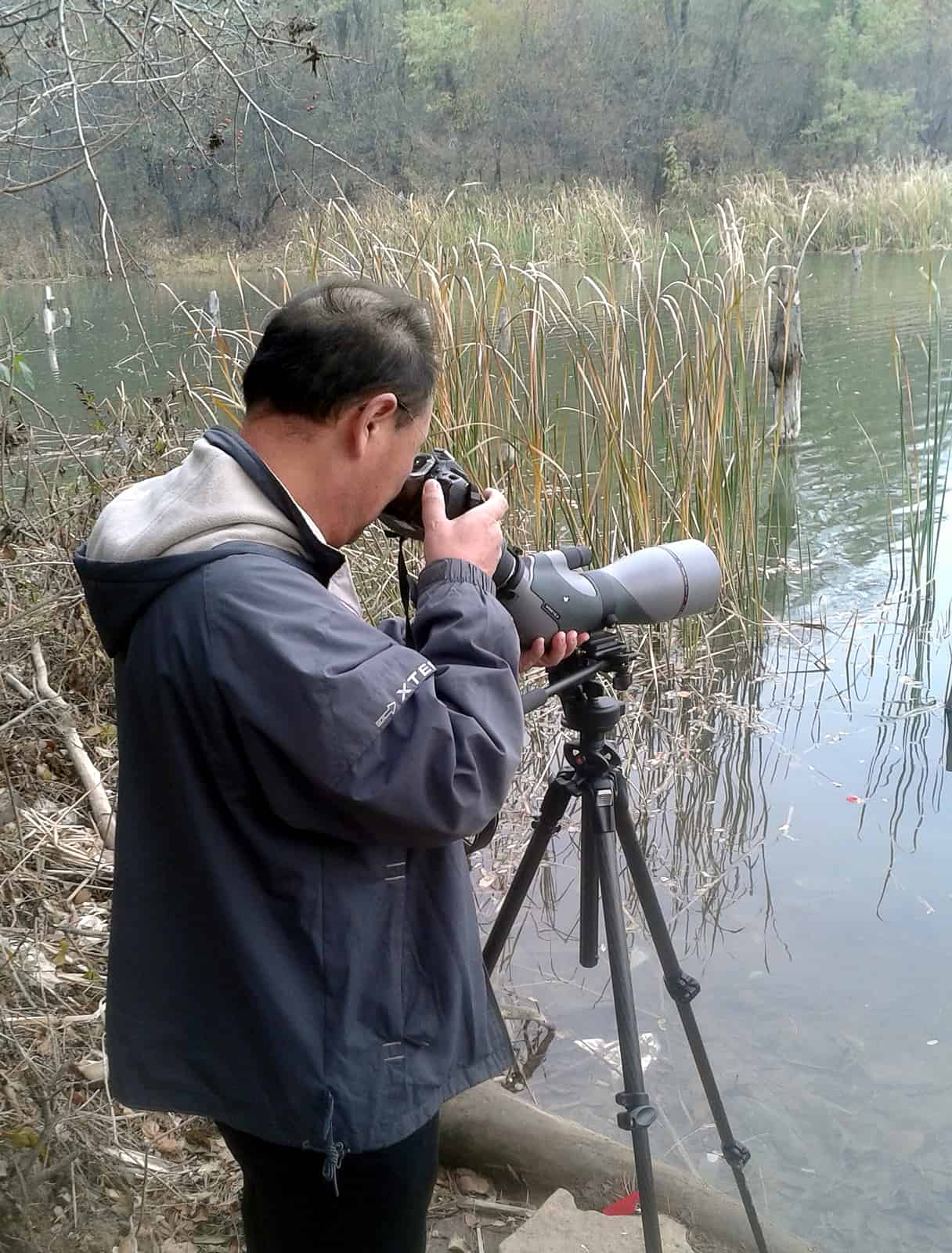 Digiscoping
see also
resources
source
Adapted from content published on wikipedia.org
credit
Last modified on October 24, 2020, 2:27 am
previous
next
Videocide.com is a service provided by Codecide, a company located in Chicago, IL USA.