Digital Addressable Lighting Interface (DALI) is a trademark for network-based systems that control lighting in building automation. The underlying technology was established by a consortium of lighting equipment manufacturers as a successor for 0–10 V lighting control systems, and as an open standard alternative to Digital Signal Interface (DSI), on which it is based.

DALI is specified by technical standards IEC 62386 and IEC 60929. Standards conformance ensures that equipment from different manufacturers will interoperate. The DALI trademark is allowed on devices that comply with the current standards when manufactured.

Members of the AG DALI (founded by Philips lighting in 1984) were freely allowed to use the DALI trademark until DALI working party was dissolved on 30 March 2017. Since 9 June 2017, Digital Illumination Interface Alliance (DiiA) certifies DALI equipment. DiiA is a Partner Program of IEEE-ISTO.

A DALI network consists of a controller, a power supply (which may be built into the controller) and one or more slave devices (e.g., electrical ballasts, LED drivers and dimmers) that have DALI interfaces. The controller can monitor and control each device by means of a bi-directional data exchange. The DALI protocol permits devices to be individually addressed and it also allows multiple devices to be addressed simultaneously via multicast and broadcast messages.

Each device is assigned a unique short address in the numeric range 0 to 63, making possible up to 64 devices in a basic system. Address assignment is performed over the bus using a "commissioning" protocol after all hardware is installed. DALI gateways can be used to implement systems that have more than 64 devices. Data is transferred between controller and devices by means of an asynchronous, half-duplex, serial protocol over a two-wire bus, with a fixed data transfer rate of 1200 bit/s.

The bus is used for both signal and power. A power supply provides ≤ 250 mA at 16 V DC; each device may draw up to 2 mA.:20,35 While many devices are line-powered, low-power devices such as motion detectors may be powered directly from the DALI bus. Each device has a bridge rectifier on its input so it is polarity-insensitive. The bus is a wired-AND configuration where signals are sent by briefly shorting the bus to a low voltage level. (The power supply is required to tolerate this, without supplying more than 250 mA.)

Although the DALI control cable operates at ELV potential, it is not classified as SELV (Safety Extra Low Voltage) and must be treated as if it were at mains potential. This has the disadvantage that the network cable is required to be mains-rated, with 600 V isolation, but has the advantage that it may be run next to mains cables or within a multi-core cable which includes mains power. Also, mains-powered devices (e.g., HF ballasts) need only provide functional insulation between the mains and the DALI control wires.

The network cable is required to provide a maximum drop of 2 volts along the cable.:19 At 250 mA of supply current, that requires a resistance of ≤ 4 Ω per wire. This wire size needed to achieve this depends on the length of the bus, up to a maximum of 16 AWG (1.3 mm2) at 300 m.

The speed is kept low so no termination resistors are required,:21 and data is transmitted using relatively high voltages (0±4.5 V for low and 16±6.5 V for high:19) enabling reliable communications in the presence of significant electrical noise. (This also allows plenty of headroom for a bridge rectifier in each slave.)

Each bit is sent Manchester coded (a "1" bit is low for the first half of the bit time, and high for the second, while "0" is the reverse), so that power is present for half of each bit time. When the bus is idle, it is high voltage all the time (which is not the same as a data bit). Frames begin with a "1" start bit, then 8 to 24 data bits in msbit-first order (standard RS-232 is lsbit-first), followed by a minimum two bit times of idle. 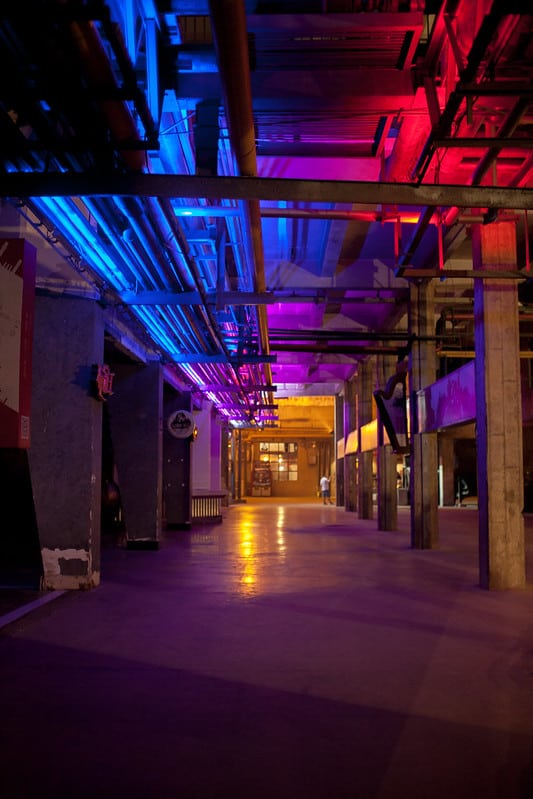