A linear medium for recording and playing back signal, developed by Sony and introduced in 1987.

Digital Audio Tape (DAT or R-DAT) is a signal recording and playback medium developed by sony and introduced in 1987. In appearance it is similar to a Compact Cassette, using 3.81 mm / 0.15" (commonly referred to as 4 mm) magnetic tape enclosed in a protective shell, but is roughly half the size at 73 mm × 54 mm × 10.5 mm. The recording is digital rather than analog. DAT can record at sampling rates equal to, as well as higher and lower than a CD (44.1, 48 or 32 kHz sampling rate respectively) at 16 bits quantization. If a comparable digital source is copied without returning to the analogue domain, then the DAT will produce an exact clone, unlike other digital media such as Digital Compact Cassette or non-Hi-MD MiniDisc, both of which use a lossy data reduction system.

Like most formats of videocassette, a DAT cassette may only be recorded and played in one direction, unlike an analog compact audio cassette, although many DAT recorders had the capability to record program numbers and IDs, which can be used to select an individual track like on a CD player.

Although intended as a replacement for analog audio compact cassettes, the format was never widely adopted by consumers because of issues regarding expense as well as concerns from the music industry about unauthorized high-quality copies. The format saw moderate success in professional markets and as a computer storage medium, which was developed into the Digital Data Storage format. As sony has ceased production of new recorders, it will become more difficult to play archived recordings in this format unless they are copied to other formats or hard drives. Meanwhile, the phenomenon of sticky-shed syndrome has been noted by some engineers involved in re-mastering archival recordings on DAT, which presents a further threat to audio held exclusively in this medium. 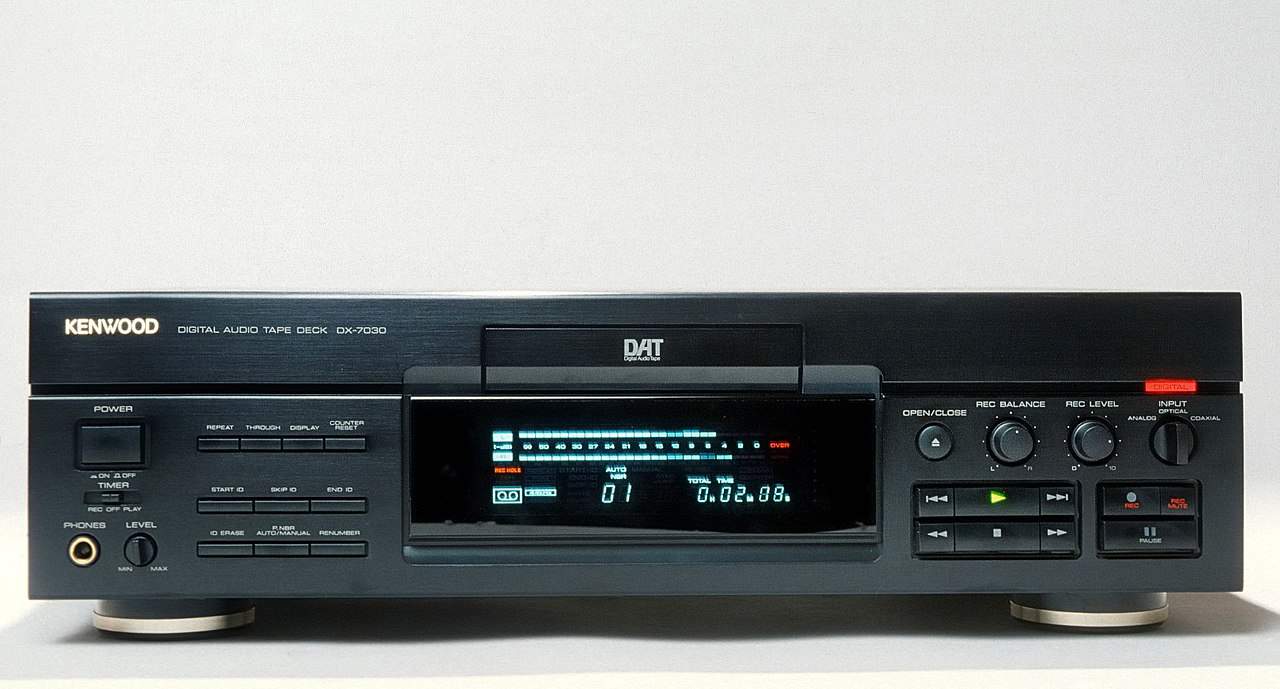