A tape format that superseded both Betacam and Betacam SP in 1993.

Digital Betacam (commonly referred to as DigiBeta, D-Beta, DBC or simply Digi) was launched in 1993. It supersedes both Betacam and Betacam SP, while costing significantly less than the first, 100% uncompressed D1 format. S tapes are available with up to 40 minutes running time, and L tapes with up to 124 minutes.

The Digital Betacam format records 2.34-to-1 DCT-compressed digital component video signal at 10-bit YUV 4:2:2 sampling in NTSC (720×486) or PAL (720×576) resolutions at a bitrate of 90 Mbit/s plus four channels of uncompressed 48 kHz / 20 bit PCM-encoded digital audio. A fifth analog audio track is available for cueing, and a linear timecode track is also used on the tape. It is a popular digital video cassette format for broadcast television use.

Another key element that aided adoption was Sony's implementation of the SDI coaxial digital connection on Digital Betacam decks. Facilities could begin using digital signals on their existing coaxial wiring without having to commit to an expensive re-installation. 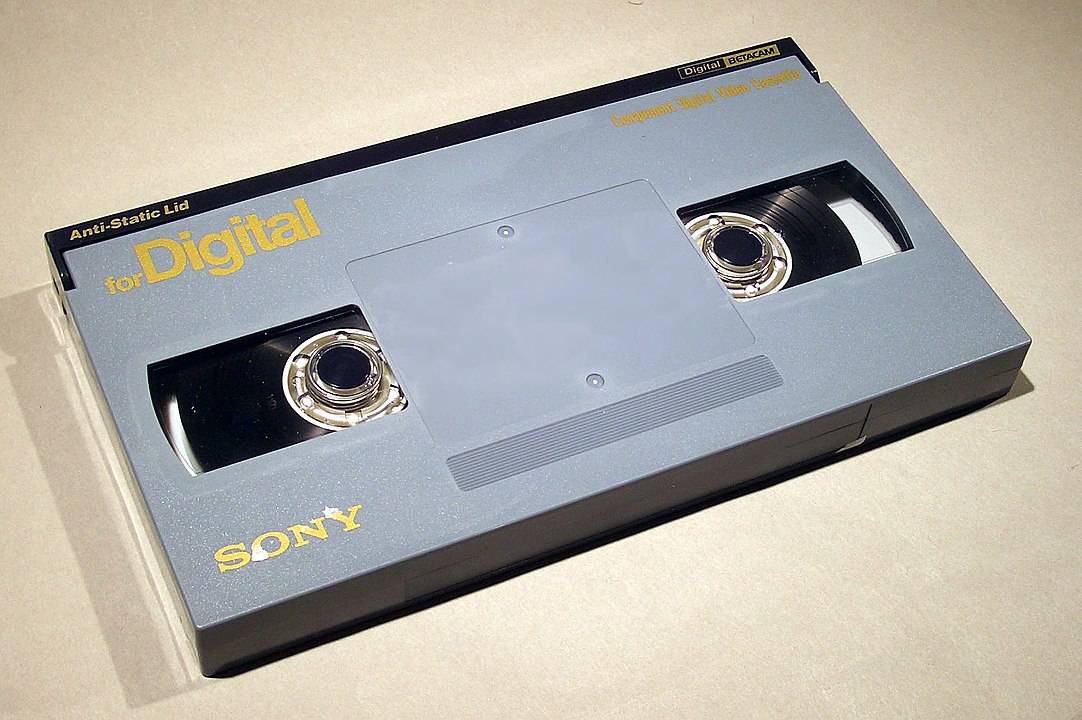