Recording a video with a digital camera instead of with film.

Digital cinematography is the motion picture process of capturing (recording) a movie using digital image sensors rather than through film stock. As technology has improved in recent years, this practice has become dominant. Since the mid-2010s, most movies across the world are captured as well as distributed digitally.

Although 4K digital film cameras are now the same as 35mm film in their resolution and dynamic range capacity, they have a different look. Some filmmakers still prefer to use 35mm film as a picture format to achieve the desired results.

The basis for digital cameras is metal-oxide-semiconductor (MOS) image sensors. The first practical semiconductor image sensor was the charge-coupled device (CCD), based on MOS capacitor technology. Following the commercialization of CCD sensors during the late 1970s to early 1980s, the entertainment industry slowly began transitioning to digital imaging and digital video over the next two decades. The CCD was followed by the CMOS active-pixel sensor (CMOS sensor), developed in the 1990s.

Beginning in the late 1980s, Sony began marketing the concept of "electronic cinematography," utilizing its analog Sony HDVS professional video cameras. The effort met with very little success. However, this led to one of the earliest high definition video shot feature movies, Julia and Julia (1987).

The first digitally filmed and post-produced feature film was Windhorse, shot in Tibet and Nepal in 1996 on a prototype of the digital-beta Sony DVW-700WS and the prosumer Sony DCE-VX1000. The offline editing (Avid) and the online post and colorwork (Roland House / da Vinci) were also all digital. The film, transferred to 35mm negative for theatrical release, won Best U.S. Feature at the Santa Barbara Film Festival in 1998.

In 1998, with the introduction of HDCAM recorders and 1920 × 1080 pixel digital professional video cameras based on CCD technology, the idea, now re-branded as "digital cinematography," began to gain traction in the market. Shot and released in 1998, The Last Broadcast is believed by some to be the first feature-length video shot and edited entirely on consumer-level digital equipment.

In May 1999 George Lucas challenged the supremacy of the movie-making medium of film for the first time by including footage filmed with high-definition digital cameras in Star Wars: Episode I – The Phantom Menace. The digital footage blended seamlessly with the footage shot on film and he announced later that year he would film its sequels entirely on hi-def digital video. Also in 1999, digital projectors were installed in four theaters for the showing of The Phantom Menace. In June 2000, Star Wars: Episode II – Attack of the Clones began principal photography shot entirely using a Sony HDW-F900 camera as Lucas had previously stated. The film was released in May 2002. In May 2001 Once Upon a Time in Mexico was also shot in 24 frame-per-second high-definition digital videos, partially developed by George Lucas using a Sony HDW-F900 camera, following Robert Rodriguez's introduction to the camera at Lucas' Skywalker Ranch facility whilst editing the sound for Spy Kids. Two lesser-known movies, Vidocq (2001) and Russian Ark (2002) had also been shot with the same camera, the latter notably consisting of a single long take.

Today, cameras from companies like Sony, Panasonic, JVC, and Canon offer a variety of choices for shooting high-definition video. At the high-end of the market, there has been an emergence of cameras aimed specifically at the digital cinema market. These cameras from Sony, Vision Research, Arri, Silicon Imaging, Panavision, Grass Valley and Red offer resolution and dynamic range that exceeds that of traditional video cameras, which are designed for the limited needs of broadcast television.

In 2009, Slumdog Millionaire became the first movie shot mainly in digital to be awarded the Academy Award for Best Cinematography. The second highest-grossing movie in the history of cinema, Avatar, not only was shot on digital cameras as well, but also made the main revenues at the box office no longer by a film, but digital projection. 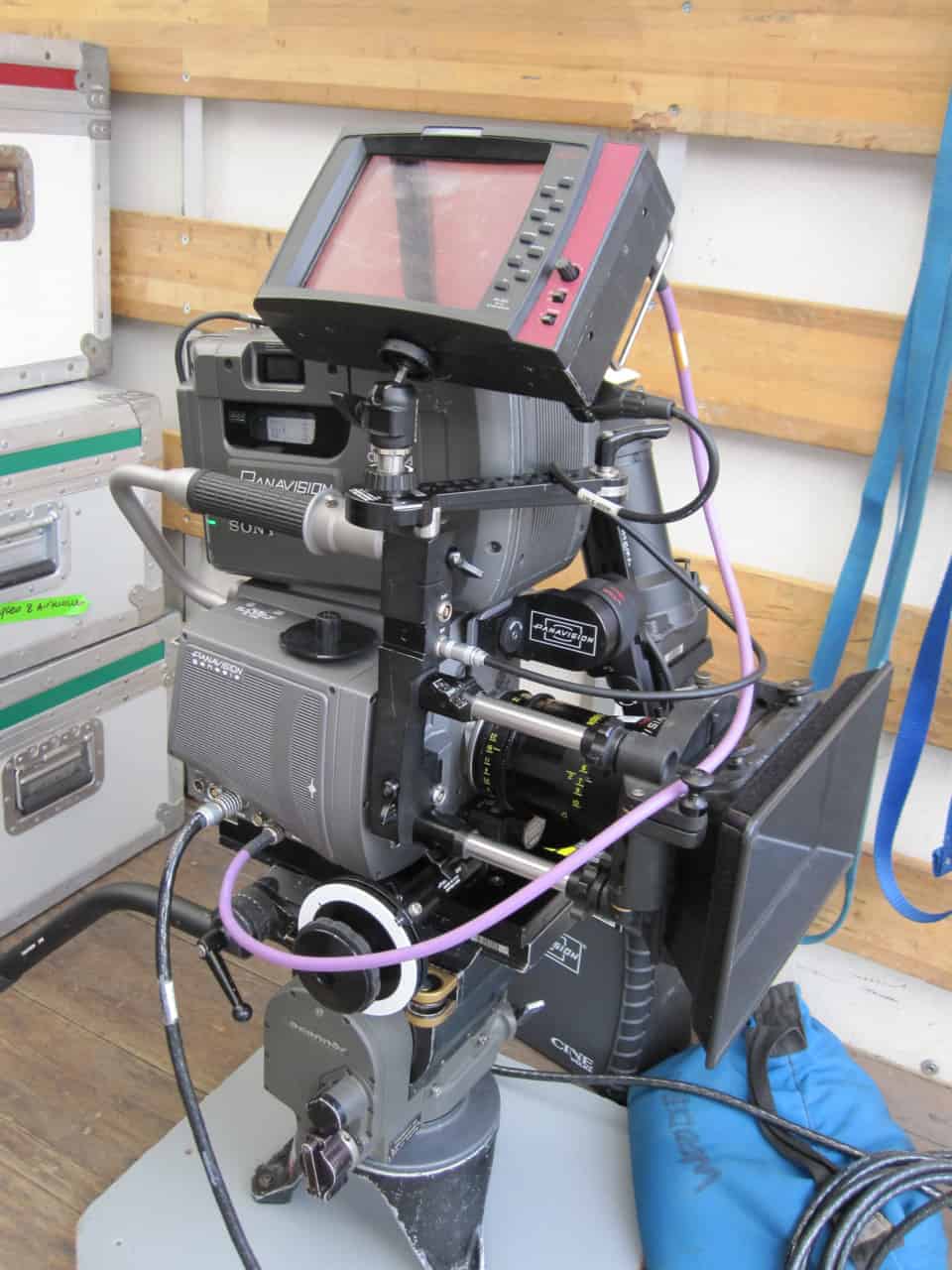