A storage technology based on digital audio tape (DAT) format.

A DDS cartridge uses tape with a width of 3.81mm, with the exception of the latest formats, DAT-160 and DAT-320, both of which use 8mm wide tape. Initially, the tape was 60 meters (197 feet) or 90 meters (295 ft.) in length. Advancements in materials technology have allowed the length to be increased significantly in successive versions. A DDS tape drive uses helical scan recording, the same process used by a video cassette recorder (VCR).

Backward compatibility between newer drives and older cartridges is not assured; the compatibility matrices provided by manufacturers will need to be consulted. Typically drives can read and write tapes in the prior generation format, with most (but not all) also able to read and write tapes from two generations prior. Notice in HP's article that newer tape standards do not simply consist of longer tapes; with DDS-2, for example, the track was narrower than with DDS-1.

At one time, DDS competed against the Linear Tape-Open (LTO), Advanced Intelligent Tape (AIT), VXA, and Travan formats. However, AIT, Travan, and VXA are no longer mainstream, and the capacity of LTO has far exceeded that of the most recent DDS standard, DDS-320. 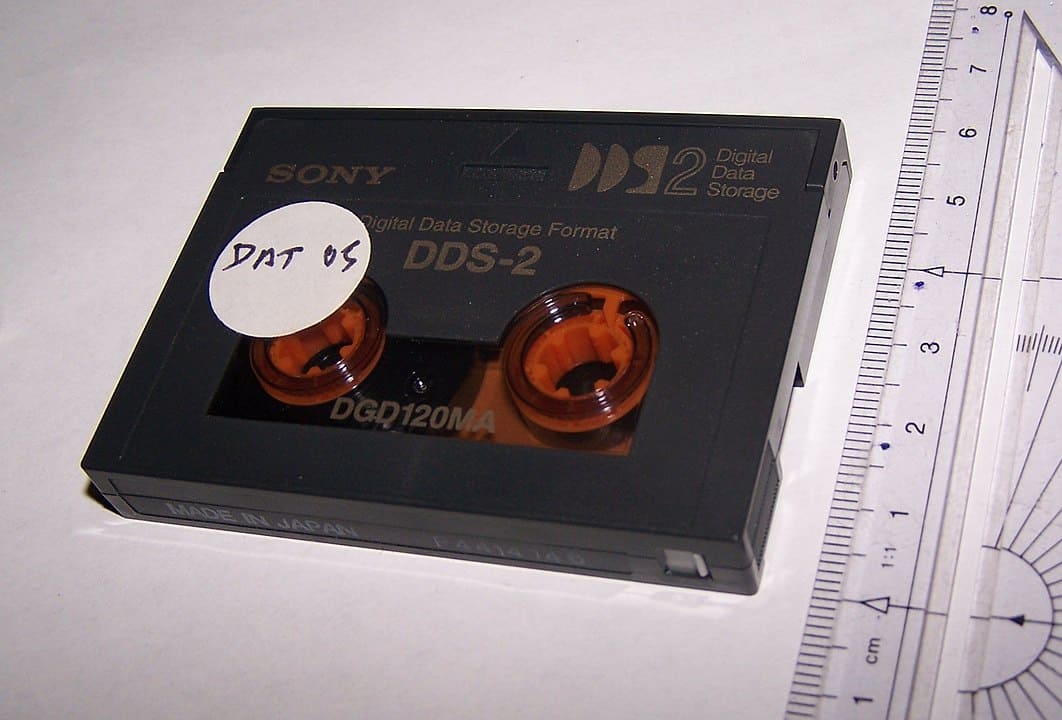