An image format for digital photography developed and patented by Adobe.

Digital Negative (DNG) is a patented, open, lossless raw image format developed by Adobe and used for digital photography. Adobe's license allows use without cost on the condition that the licensee prominently displays a text saying it is licensed from Adobe in source and documentation, and that the license may be revoked if the licensee brings any patent action against Adobe or its affiliates related to the reading or writing of files that comply with the DNG Specification. It was launched on September 27, 2004. The launch was accompanied by the first version of the DNG specification, plus various products, including a free-of-charge DNG converter utility. All Adobe photo manipulation software (such as Adobe Photoshop and Adobe Lightroom) released since the launch supports DNG.

DNG is based on the TIFF/EP standard format and mandates significant use of metadata. Use of the file format is royalty-free; Adobe has published a license allowing anyone to exploit DNG, and has also stated that there are no known intellectual property encumbrances or license requirements for DNG. Adobe stated that if there were a consensus that DNG should be controlled by a standards body, they were open to the idea. Adobe has submitted DNG to ISO for incorporation into their revision of TIFF/EP.

Given the existence of other raw image formats, Adobe's creation of DNG as a competing format implies that DNG is unusual and satisfies objectives that other raw image formats do not. These objectives and the associated characteristics of DNG, as well as assessments of whether these objectives are met, are described below. Increasingly, professional archivists and conservationists, working for respectable organizations, variously suggest or recommend DNG for archival purposes. 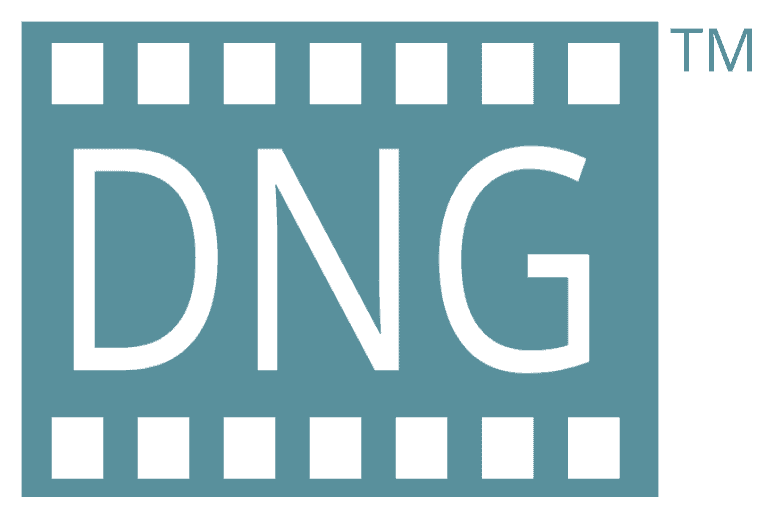