The production of still images using cameras containing arrays of electronic photodetectors and focused by a lens.

Digital photography uses cameras containing arrays of electronic photodetectors to produce images focused by a lens, as opposed to an exposure on photographic film. The captured images are digitized and stored as a computer file ready for further digital processing, viewing, electronic publishing, or digital printing.

Until the advent of such technology, photographs were made by exposing light-sensitive photographic film and paper, which was processed in liquid chemical solutions to develop and stabilize the image. Digital photographs are typically created solely by computer-based photoelectric and mechanical techniques, without wet bath chemical processing.

The first consumer digital cameras were marketed in the late 1990s. Professionals gravitated to digital slowly and were won over when their professional work required using digital files to fulfill the demands of employers and/or clients, for faster turn-around than conventional methods would allow. Starting around 2000, digital cameras were incorporated in cell phones, and in the following years, cell phone cameras became widespread, particularly due to their connectivity to social media websites and email. Since 2010, the digital point-and-shoot and DSLR formats have also seen competition from the mirrorless digital camera format, which typically provides better image quality than the point-and-shoot or cell phone formats but comes in a smaller size and shape than the typical DSLR. Many mirrorless cameras accept interchangeable lenses and have advanced features through an electronic viewfinder, which replaces the through-the-lens finder image of the SLR format. 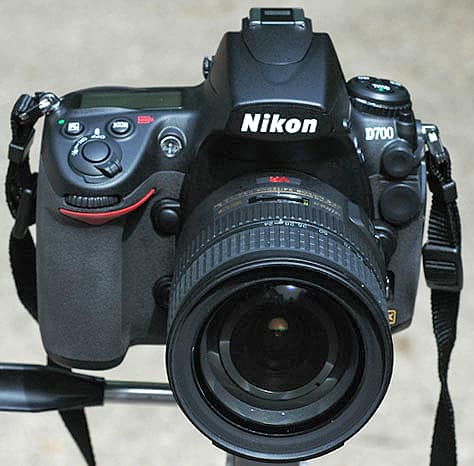