Digital rights management (DRM) tools or technological protection measures (TPM) are a set of access control technologies for restricting the use of proprietary hardware and copyrighted works. DRM technologies try to control the use, modification, and distribution of copyrighted works (such as software and multimedia content), as well as systems within devices that enforce these policies.

Common DRM techniques include restrictive licensing agreements: The access to digital materials, copyright, and public domain are restricted to consumers as a condition of entering a website or when downloading software. Encryption, the scrambling of expressive material, and embedding of a tag, which is designed to control access and reproduction of information, including backup copies for personal use. DRM technologies enable content publishers to enforce their own access policies on content, such as restrictions on copying or viewing. These technologies have been criticized for restricting individuals from copying or using the content legally, such as by fair use. DRM is in common use by the entertainment industry (e.g., audio and video publishers). Many online music stores, such as Apple's iTunes Store, and e-book publishers and vendors, such as OverDrive, also use DRM, as do cable and satellite service operators, to prevent unauthorized use of content or services. However, Apple dropped DRM from all iTunes music files around 2009.

The industry has expanded the usage of DRM to more traditional hardware products, such as Keurig's coffeemakers, Philips' light bulbs, mobile device power chargers, and John Deere's tractors. For instance, tractor companies try to prevent farmers from making DIY repairs under the usage of DRM-laws such as DMCA.

The use of digital rights management is not universally accepted. Proponents of DRM argue that it is necessary to prevent intellectual property from being copied freely, just as physical locks are needed to prevent personal property from being stolen, that it can help the copyright holder maintain artistic control, and that it can ensure continued revenue streams. Those opposed to DRM contend there is no evidence that DRM helps prevent copyright infringement, arguing instead that it serves only to inconvenience legitimate customers, and that DRM helps big business stifle innovation and competition. Furthermore, works can become permanently inaccessible if the DRM scheme changes or if the service is discontinued. DRM can also restrict users from exercising their legal rights under the copyright law, such as backing up copies of CDs or DVDs (instead of having to buy another copy, if it can still be purchased), lending materials out through a library, accessing works in the public domain or using copyrighted materials for research and education under the fair use doctrine.

The rise of digital media and analog-to-digital conversion technologies has vastly increased the concerns of copyright-owning individuals and organizations, particularly within the music and movie industries. While analog media inevitably lose quality with each copy generation, and in some cases even during normal use, digital media files may be duplicated an unlimited number of times with no degradation in the quality. The rise of personal computers as household appliances has made it convenient for consumers to convert media (which may or may not be copyrighted) originally in a physical, analog or broadcast form into a universal, digital form (this process is called ripping) for portability or viewing later. This, combined with the Internet and popular file-sharing tools, has made unauthorized distribution of copies of copyrighted digital media (also called digital piracy) much easier.

In 1983, a very early implementation of Digital Rights Management (DRM) was the Software Service System (SSS) devised by the Japanese engineer Ryuichi Moriya. and subsequently refined under the name superdistribution. The SSS was based on encryption, with specialized hardware that controlled decryption and also enabled payments to be sent to the copyright holder. The underlying principle of the SSS and subsequently of superdistribution was that the distribution of encrypted digital products should be completely unrestricted and that users of those products would not just be permitted to redistribute them but would actually be encouraged to do so. 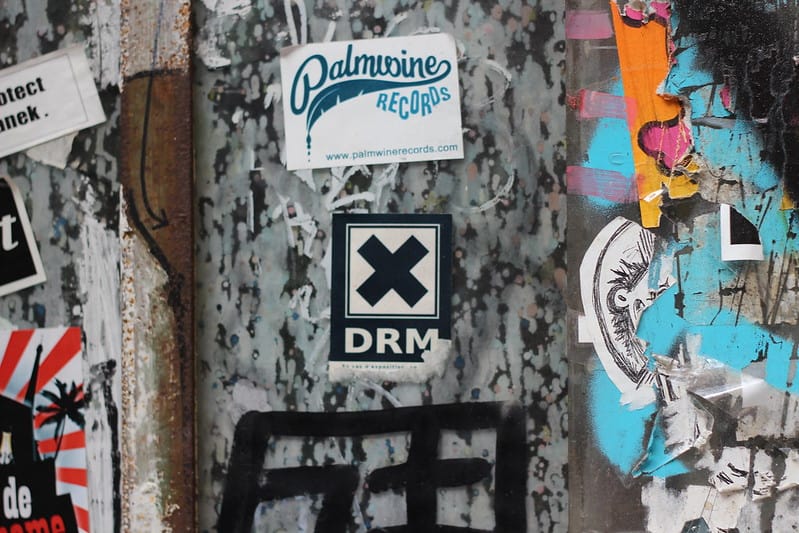