A digital camera that combines the optics and the mechanisms of a single-lens reflex camera with a digital imaging sensor, as opposed to photographic film.

A digital single-lens reflex camera (digital SLR or DSLR) is a digital camera that combines the optics and the mechanisms of a single-lens reflex camera with a digital imaging sensor, as opposed to photographic film. The reflex design scheme is the primary difference between a DSLR and other digital cameras. In the reflex design, light travels through the lens, then to a mirror that alternates to send the image to either the viewfinder or the image sensor. The traditional alternative would be to have a viewfinder with its own lens, hence the term "single lens" for this design. By using only one lens, the viewfinder of a DSLR presents an image that will not differ substantially from what is captured by the camera's sensor. A DSLR differs from non-reflex single-lens digital cameras in that the viewfinder presents a direct optical view through the lens, rather than being captured by the camera's image sensor and displayed by a digital screen.

DSLRs largely replaced film-based SLRs during the 2000s, and despite the rising popularity of mirrorless system cameras in the early 2010s, DSLRs remain the most common type of interchangeable lens camera in use as of 2019. 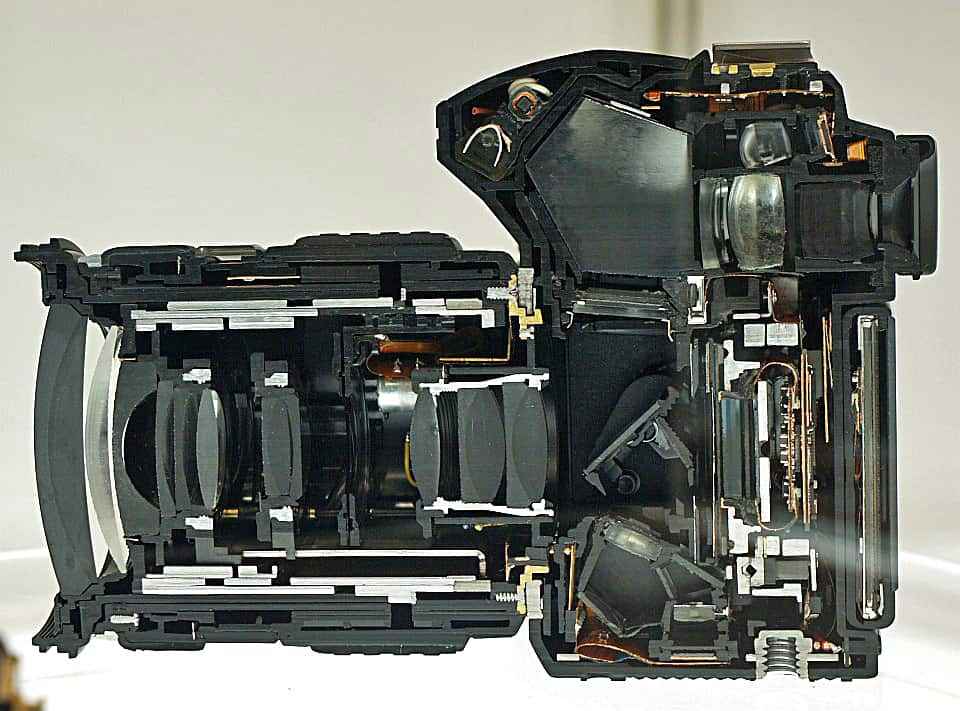