The latest extension of the DVB-T television standard, as standardized by ETSI.

DVB-T2 is an abbreviation for "Digital Video Broadcasting — Second Generation Terrestrial"; it is the extension of the television standard DVB-T, issued by the consortium DVB, devised for the broadcast transmission of digital terrestrial television. DVB has been standardized by ETSI.

This system transmits compressed digital audio, video, and other data in "physical layer pipes" (PLPs), using OFDM modulation with concatenated channel coding and interleaving. The higher offered bit rate, with respect to its predecessor DVB-T, makes it a system suited for carrying HDTV signals on the terrestrial TV channel (though many broadcasters still use plain DVB-T for this purpose). 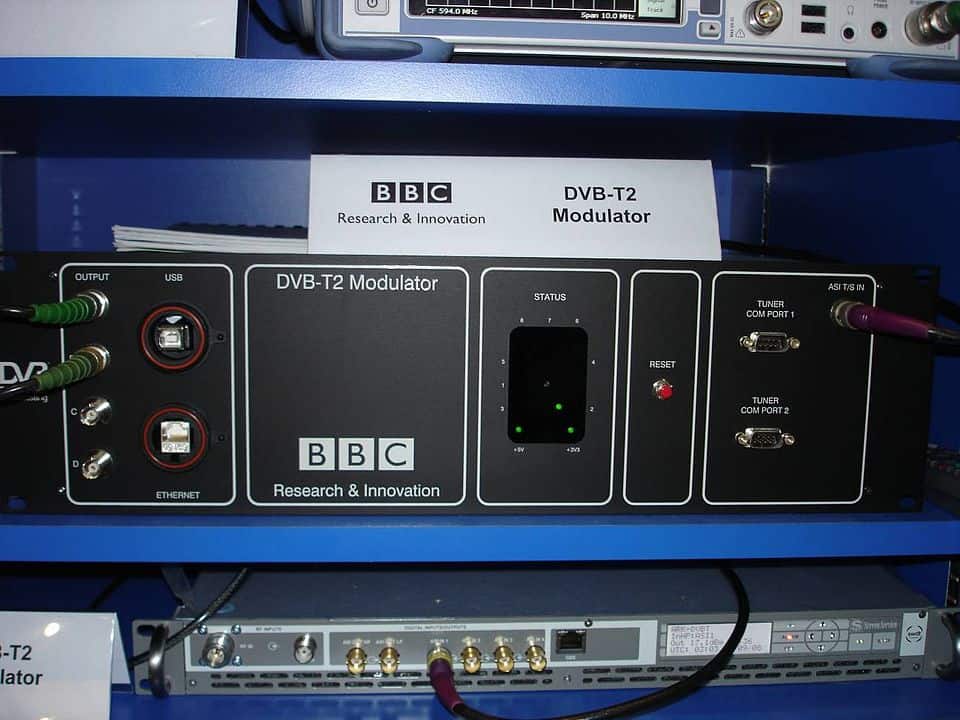