The DVB European-based consortium standard for the broadcast of digital television signals over terrestrial airwaves.

DVB-T is an abbreviation for "Digital Video Broadcasting — Terrestrial"; it is the DVB European-based consortium standard for the broadcast transmission of digital terrestrial television that was first published in 1997 and first broadcast in Singapore in February 1998. This system transmits compressed digital audio, digital video, and other data in an MPEG transport stream, using coded orthogonal frequency-division multiplexing (COFDM or OFDM) modulation. It is also the format widely used worldwide (including North America) for Electronic News Gathering for transmission of video and audio from a mobile newsgathering vehicle to a central receive point. It is also used in the US by Amateur television operators.

Rather than carrying one data carrier on a single radio frequency (RF) channel, COFDM works by splitting the digital data stream into a large number of slower digital streams, each of which digitally modulates a set of closely spaced adjacent sub-carrier frequencies. In the case of DVB-T, there are two choices for the number of carriers known as 2K-mode or 8K-mode. These are actually 1,705 or 6,817 sub-carriers that are approximately 4 kHz or 1 kHz apart.

DVB-T has been adopted or proposed for digital television broadcasting by many countries (see map), using mainly VHF 7 MHz and UHF 8 MHz channels whereas Taiwan, Colombia, Panama and Trinidad and Tobago use 6 MHz channels. Examples include the UK's Freeview.

The DVB-T Standard is published as EN 300 744, Framing structure, channel coding and modulation for digital terrestrial television. This is available from the ETSI website, as is ETSI TS 101 154, Specification for the use of Video and Audio Coding in Broadcasting Applications based on the MPEG-2 Transport Stream, which gives details of the DVB use of source coding methods for MPEG-2 and, more recently, H.264/MPEG-4 AVC as well as audio encoding systems. Many countries that have adopted DVB-T have published standards for their implementation. These include the D-book in the UK, the Italian DGTVi, the ETSI E-Book, and the Nordic countries and Ireland NorDig.

DVB-T has been further developed into newer standards such as DVB-H (Handheld), which was a commercial failure and is no longer in operation, and DVB-T2, which was initially finalized in August 2011.

DVB-T as a digital transmission delivers data in a series of discrete blocks at the symbol rate. DVB-T is a COFDM transmission technique which includes the use of a Guard Interval. It allows the receiver to cope with strong multipath situations. Within a geographical area, DVB-T also allows single-frequency network (SFN) operation, where two or more transmitters carrying the same data operate on the same frequency. In such cases, the signals from each transmitter in the SFN needs to be accurately time-aligned, which is done by sync information in the stream and timing at each transmitter referenced to GPS.

The length of the Guard Interval can be chosen. It is a trade-off between data rate and SFN capability. The longer the guard interval the larger is the potential SFN area without creating intersymbol interference (ISI). It is possible to operate SFNs which do not fulfill the guard interval condition if the self-interference is properly planned and monitored. 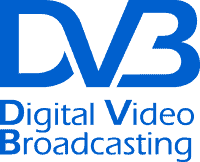