A set of international, open standards for digital television.

Digital Video Broadcasting (DVB) is a set of internationally open standards for digital television. DVB standards are maintained by the DVB Project, an international industry consortium, and are published by a Joint Technical Committee (JTC) of the European Telecommunications Standards Institute (ETSI), European Committee for Electrotechnical Standardization (CENELEC) and European Broadcasting Union (EBU).

DVB systems distribute data using a variety of approaches, including:

The DVB-T2 specification was approved by the DVB Steering Board in June 2008 and sent to ETSI for adoption as a formal standard. ETSI adopted the standard on 9 September 2009. The DVB-T2 standard gives more robust TV reception and increases the possible bit rate by over 30% for single transmitters (as in the UK) and will increase the maximum bit rate by over 50% in large single-frequency networks (as in Germany and Sweden).

DVB has established a 3D TV group (CM-3DTV) to identify "what kind of 3D-TV solution does the market want and need, and how can DVB play an active part in the creation of that solution?" The CM-3DTV group held a DVB 3D-TV Kick-off Workshop in Geneva on 25 January 2010, followed by the first CM-3DTV meeting the next day. DVB now defines a new standard for 3D video broadcast: DVB 3D-TV.

Older technologies such as Teletext (DVB-TXT) and vertical blanking interval data (DVB-VBI) are also supported by the standards to ease conversion. However, for many applications more advanced alternatives like DVB-SUB for subtitling are available.

DVB is also developing a Content Protection and Copy Management system for protecting content after it has been received (DVB-CPCM), which is intended to allow flexible use of recorded content on a home network or beyond, while preventing unconstrained sharing on the Internet. DVB-CPCM has been the source of much controversy in the popular press and it is said that CPCM is the DVB's answer to the failed American Broadcast Flag.

DVB transports include metadata called Service Information (DVB-SI, ETSI EN 300 468, ETSI TR 101 211) that links the various elementary streams into coherent programs and provides human-readable descriptions for electronic program guides as well as for automatic searching and filtering. The dating system used with this metadata suffers from the year 2038 problem in which due to the limited 16 bits and modified Julian day offset used will cause an overflow issue similar to the year 2000 problem. By comparison, the rival DigiCipher 2 based ATSC system will not have this issue until 2048 due in part to 32 bits being used.

Recently, DVB has adopted a profile of the metadata defined by the TV-Anytime Forum (DVB-TVA, ETSI TS 102323). This is an XML Schema based technology and the DVB profile is tailored for enhanced Personal Digital Recorders. DVB lately also started an activity to develop a service for IPTV (DVB-IPI, ETSI TR 102033, ETSI TS 102034, ETSI TS 102814) which also includes metadata definitions for a broadband content guide (DVB-BCG, ETSI TS 102 539).

The DVB Multimedia Home Platform (DVB-MHP) defines a Java-based platform for the development of consumer video system applications. In addition to providing abstractions for many DVB and MPEG-2 concepts, it provides interfaces for other features like network card control, application download, and layered graphics. 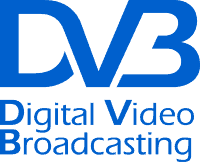