A device that records video in a digital format to a disk drive, memory drive, or other networked mass storage.

A digital video recorder (DVR) is an electronic device that records video in a digital format to a disk drive, USB flash drive, SD memory card, SSD, or other local or networked mass storage device. The term includes set-top boxes with direct to disk recording, portable media players and TV gateways with recording capability, and digital camcorders. Personal computers are often connected to video capture devices and used as DVRs; in such cases, the application software used to record video is an integral part of the DVR. Many DVRs are classified as consumer electronic devices; such devices may alternatively be referred to as personal video recorders (PVRs), particularly in Canada. Similar small devices with built-in (~5 inches diagonal) displays and SSD support may be used for professional film or video production, as these recorders often do not have the limitations that built-in recorders in cameras have, offering wider codec support, the removal of recording time limitations and higher bitrates.

Some devices can be updated to play and record in new formats. DVRs usually record in proprietary file systems for copy protection, although some can use FAT file systems. Recordings from standard-definition television usually have 480p/i/576p/i while HDTV is usually in 720p/1080i.

Television and video are terms that are sometimes used interchangeably but differ in their technical meaning. Video is the visual portion of television, whereas television is the combination of video and audio modulated onto a carrier frequency (i.e., a television channel) for delivery. Most DVRs can record both video and audio.

To record an analog signal a few steps are required. In the case of a television signal, a television tuner must first demodulate the radio frequency signal to produce baseband video. The video is then converted to digital form by a frame grabber, which converts each video image into a collection of numeric values that represent the pixels within the image. At the same time, the audio is also converted to digital form by an analog-to-digital converter running at a constant sampling rate. In many devices, the resulting digital video and audio are compressed before recording to reduce the amount of data that will be recorded, although some DVRs record uncompressed data. When compression is used, video is typically compressed using formats such as H.264 or MPEG-2, and audio is compressed using AAC or MP3.

Many consumer DVRs implement a copy-protection system called Copy Generation Management System—Analog (CGMS-A), which specifies one of four possible copy permissions by means of two bits encoded in the VBI:

CGMS-A information may be present in analog broadcast TV signals and is preserved when the signal is recorded and played back by analog VCRs. VCRs do not understand the meanings of the bits but preserve them in case there is a subsequent attempt to copy the tape to a DVR.

DVRs such as TiVo also detect and act upon analog protection systems such as Macrovision and DCS Copy Protection which were originally designed to block copying on analog VCRs.

Recording digital signals is generally a straightforward capture of the binary MPEG data being received. No expensive hardware is required to quantize and compress the signal (as the television broadcaster has already done this in the studio).

DVD-based PVRs available on the market as of 2006 are not capable of capturing the full range of the visual signal available with high definition television (HDTV). This is largely because HDTV standards were finalized at a later time than the standards for DVDs. However, DVD-based PVRs can still be used (albeit at reduced visual quality) with HDTV since currently available HDTV sets also have standard A/V connections.

ATSC television broadcasting is primarily used in North America. The ATSC data stream can be directly recorded by a digital video recorder, though many DVRs record only a subset of this information (that can later be transferred to DVD). An ATSC DVR will also act as a set-top box, allowing older televisions or monitors to receive digital television.

The U.S. FCC attempted to limit the abilities of DVRs with its "broadcast flag" regulation. Digital video recorders that had not won prior approval from the FCC for implementing "effective" digital rights management would have been banned from interstate commerce from July 2005, but the regulation was struck down on May 6, 2005.

DVB digital television contains audio/visual signals that are broadcast over the air in a digital rather than analog format. The DVB data stream can be directly recorded by the DVR. Devices that can use external storage devices (such as hard disks, SSDs, or other flash storage) to store and recover data without the aid of another device are sometimes called telememory devices.

Recording satellite television or digital cable signals on a digital video recorder can be more complex than recording analog signals or broadcast digital signals. There are several different transmission schemes, and the video streams may be encrypted to restrict access to subscribers only.

A satellite or cable set-top box both decrypts the signal if encrypted, and decodes the MPEG stream into an analog signal for viewing on the television. In order to record cable or satellite digital signals, the signal must be captured after it has been decrypted but before it is decoded; this is how DVRs built into set-top boxes work.

Cable and satellite providers often offer their own digital video recorders along with a service plan. These DVRs have access to the encrypted video stream, and generally, enforce the provider's restrictions on copying of material even after recording.

Many DVD-based DVRs have the capability to copy content from a source DVD (ripping). In the United States, this is prohibited under the Digital Millennium Copyright Act if the disc is encrypted. Most such DVRs will therefore not allow recording of video streams from encrypted movie discs.

A digital camcorder combines a camera and a digital video recorder.

Some DVD-based DVRs incorporate connectors that can be used to capture digital video from a camcorder. Some editing of the resulting DVD is usually possible, such as adding chapter points.

Some digital video recorders can now record to solid-state flash memory cards (called flash camcorders). They generally use Secure Digital cards, can include wireless connections (Bluetooth and Wi-Fi), and can play SWF files. There are some digital video recorders that combine video and graphics in real-time to the flashcard, called DTE, or "direct to edit". These are used to speed-up the editing workflow in video and television production since linear videotapes do not then need to be transferred to the edit workstation (see Non-linear editing system). 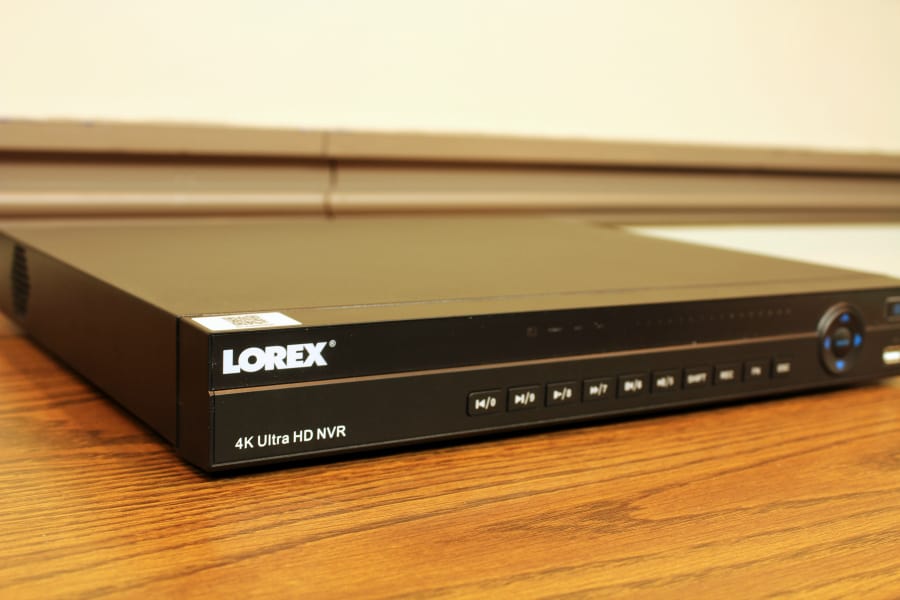