A device for varying power to the lights.

Dimmers are devices connected to a light fixture and used to lower the brightness of light. By changing the voltage waveform applied to the lamp, it is possible to lower the intensity of the light output. Although variable-voltage devices are used for various purposes, the term dimmer is generally reserved for those intended to control light output from resistive incandescent, halogen, and (more recently) compact fluorescent lights (CFLs) and light-emitting diodes (LEDs). More specialized equipment is needed to dim fluorescent, mercury vapor, solid-state, and other arc lighting.

Dimmers range in size from small units the size of domestic light switches to high-power units used in large theatrical or architectural lighting installations. Small domestic dimmers are generally directly controlled, although remote control systems (such as X10) are available. Modern professional dimmers are generally controlled by a digital control system like DMX or DALI. In newer systems, these protocols are often used in conjunction with ethernet.

In the professional lighting industry, changes in intensity are called "fades" and can be "fade up" or "fade down". Dimmers with direct manual control had a limit on the speed they could be varied at but this problem has been largely eliminated with modern digital units (although very fast changes in brightness may still be avoided for other reasons like lamp life).

Modern dimmers are built from semiconductors instead of variable resistors, because they have higher efficiency. A variable resistor would dissipate power as heat and acts as a voltage divider. Since semiconductor or solid-state dimmers switch quickly between a low resistance "on" state and a high resistance "off" state, they dissipate very little power compared with the controlled load. 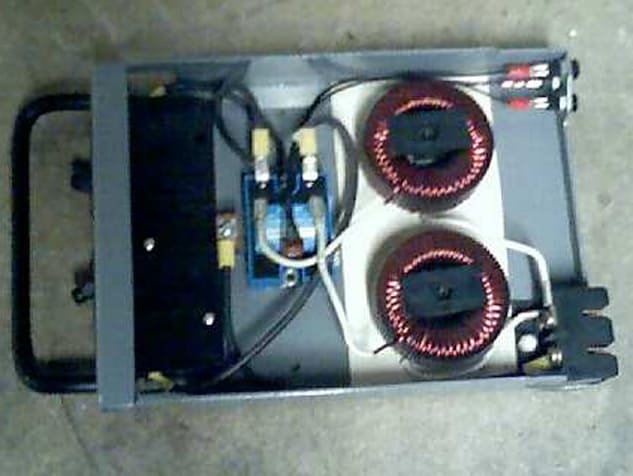