An alternative to cable and analog satellite reception that transmits television signals in a digital format via a satellite in geosynchronous orbit with the Earth.

Direct-To-Home (DTHTV) can either refer to the communications satellites themselves that deliver service or the actual television service. Most satellite television customers in developed television markets get their programming through a direct broadcast satellite provider. Signals are transmitted using Ku band (12 to 18 GHz) and are completely digital which means it has a high picture and stereo sound quality.

Programming for satellite television channels comes from multiple sources and may include live studio feeds. The broadcast center assembles and packages programming into channels for transmission and, where necessary, encrypts the channels. The signal is then sent to the uplink where it is transmitted to the satellite. With some broadcast centers, the studios, administration, and up-link are all part of the same campus. The satellite then translates and broadcasts the channels.

Most systems use the DVB-S standard for transmission. With pay television services, the data stream is encrypted and requires proprietary reception equipment. While the underlying reception technology is similar, the pay television technology is proprietary, often consisting of a conditional-access module and smart card. This measure assures satellite television providers that only authorized, paying subscribers have access to pay television content but at the same time can allow free-to-air channels to be viewed even by the people with standard equipment available in the market.

Some countries operate satellite television services that can be received for free, without paying a subscription fee. This is called free-to-air satellite television. Germany is likely the leader in free-to-air with approximately 250 digital channels (including 83 HDTV channels and various regional channels) broadcast from the Astra 19.2°E satellite constellation. These are not marketed as a DBS service but are received in approximately 18 million homes, as well as in any home using the Sky Deutschland commercial DBS system. All German analog satellite broadcasts ceased on 30 April 2012.

The United Kingdom has approximately 160 digital channels (including the regional variations of BBC channels, ITV channels, Channel 4 and Channel 5) that are broadcast without encryption from the Astra 28.2°E satellite constellation, and receivable on any DVB-S receiver (a DVB-S2 receiver is required for certain high definition television services). Most of these channels are included within the Sky EPG and an increasing number within the Freesat EPG.

India's national broadcaster, Doordarshan, promotes a free-to-air DBS package as "DD Free Dish", which is provided as in-fill for the country's terrestrial transmission network. It is broadcast from GSAT-15 at 93.5°E and contains about 80 FTA channels.

While originally launched as backhaul for their digital terrestrial television service, a large number of French channels are free-to-air on satellites at 5°W and have recently been announced as being official in-fill for the DTT network.

In North America (United States, Canada, and Mexico) there are over 80 FTA digital channels available on Galaxy 19 (with the majority being ethnic or religious in nature). Other FTA satellites include AMC-4, AMC-6, Galaxy 18, and Satmex 5. A company called GloryStar promotes FTA religious broadcasters on Galaxy 19. 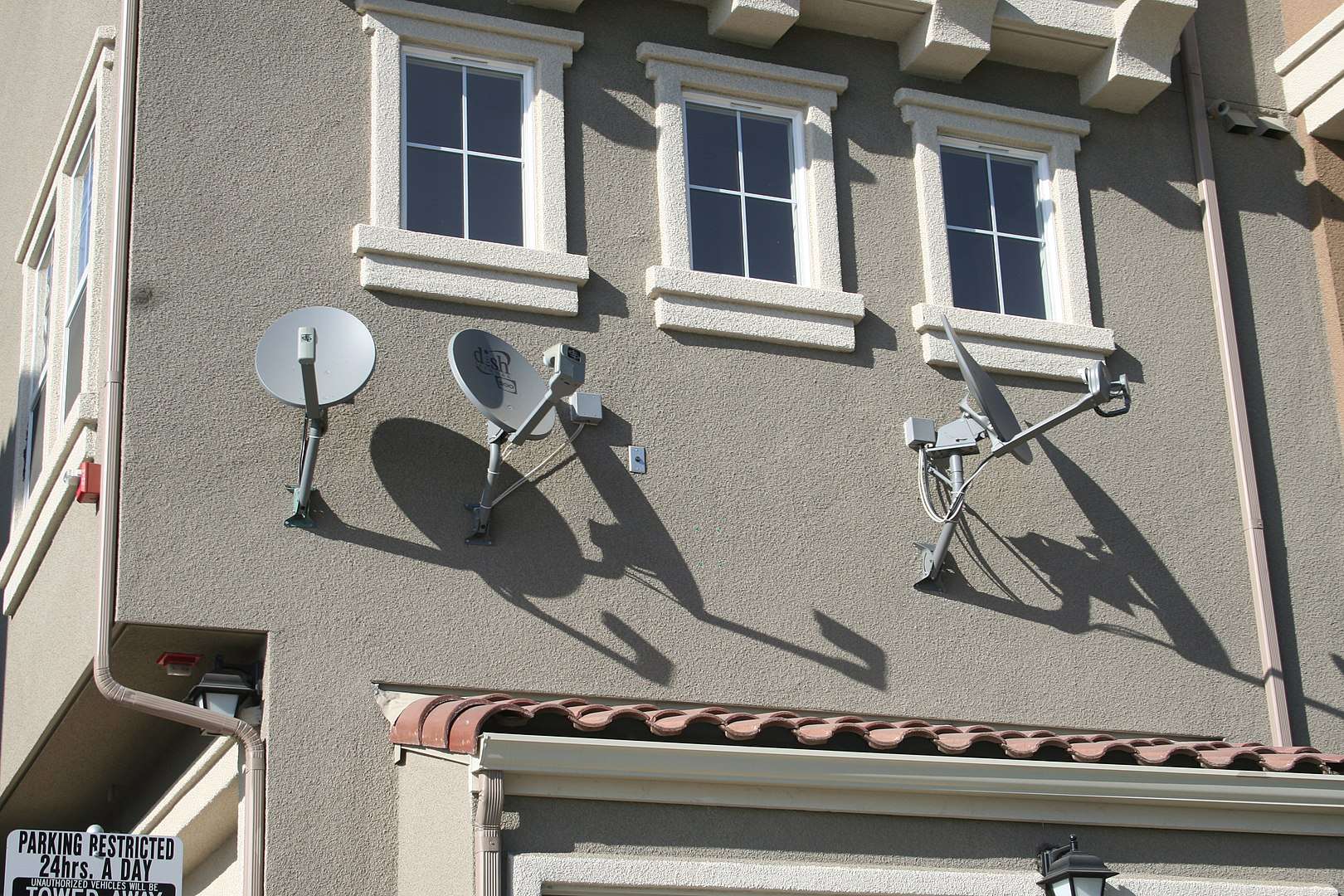