An API and its implementation as software library ("libdce") by Texas Instruments.

Distributed Codec Engine is an API and its implementation as a software library ("libdce") by Texas Instruments. The library was released under the Revised BSD License and some additional terms.

It enables and provides remote access to hardware acceleration for audio and video decoding on the IVA-HD in OMAP4-based platforms via a syslink/rcm shim layer accessing the OMAP's Codec Engine API codec interface on the co-processor (Ducati/M3) from the host under Linux without needing OpenMAX. The "Ducati Sub System" comprises two ARM Cortex-M3 processors (CPUs), and the ASICs IVA-HD and ISS. 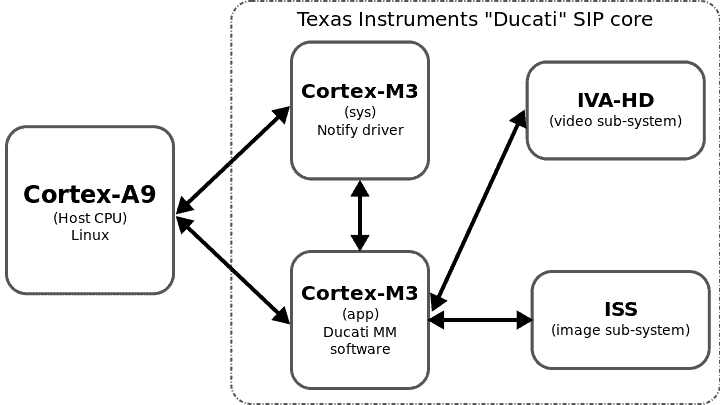