A device that amplifies and distributes an original signal to multiple, isolated outputs without distortion.

In electronics, a distribution amplifier, or simply distribution amp or DA, is a device that accepts a single input signal and provides this same signal to multiple isolated outputs.

These devices allow a signal to be distributed to multiple destinations without ground loops or signal degradation. They are used for a number of common engineering tasks, including multiple amplification, cable television, splitting monitor and front of house mixes, and "tapping" a signal prior to sending it through effects units to preserve a "dry" signal for later experimentation.

Their construction and capabilities can be simple; accept input signal, amplify, then output. Others can be more sophisticated that allow remote control from a control station, allow adjustment of the gain, equalization, and provide status of the input and output signals through Ethernet networks. 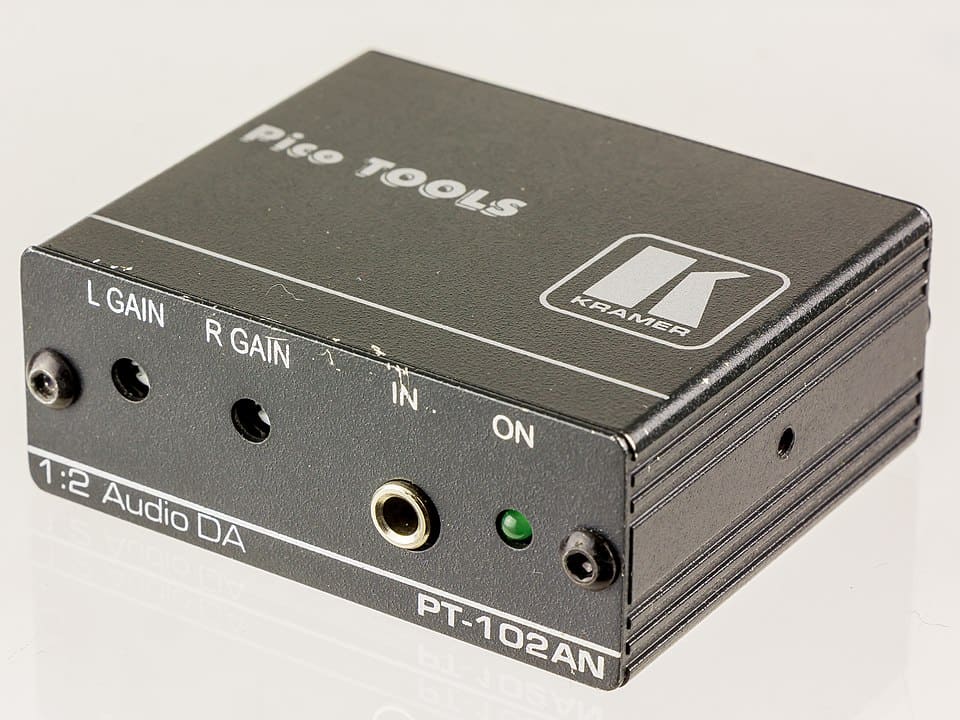