Camera dolly
A wheeled cart that allows a camera operator to smoothly pull or push a camera while traveling on a smooth surface.

A camera dolly is a wheeled cart that allows a camera operator to smoothly pull or push a camera while traveling on a smooth surface. A camera dolly is often used in filmmaking and television production. The camera operator and focus puller or camera assistant usually ride on the dolly to push the dolly back and forth. The camera dolly is an essential piece of equipment used in cinematography to move a camera in and out of a scene. It is the technician, or grip, who operates the dolly by manually pushing it back and forth; a technique is known as a dolly shot.

The camera dolly may be used as a shooting platform on any surface but is often raised onto a track, to create smooth movement on a horizontal axis known as a tracking shot. Additionally, most professional film studio dollies have a hydraulic jib arm that raises or lowers the camera on the vertical axis. When a dolly grip operates a dolly on perpendicular axes simultaneously, it's known as a compound move.

Dolly moves may also be executed without a track, giving more freedom on the horizontal plane and with it, a higher degree of difficulty. These are called dancefloor moves and may either be done on the existing surface (if smooth enough) or on an overlay designed for dolly movement. The ground overlay usually consists of thick plywood as a bottom layer and masonite on top.

Studio dollies are large and stable and can feature hydraulics. These are the first choice for the studio, backlot and location shoots when using professional cameras. A studio dolly usually needs a specialized operator called a "dolly grip", and many are built for the camera operator to ride on the dolly with the camera.

Lightweight dolly systems are more simple and affordable and are best used with lighter-weight cameras. Lightweight systems are usually favored by independent filmmakers and students because they are easier to carry and operate. These dollies support only the camera, and the operator needs to move alongside. Some lightweight dollies are small enough to be carried in a backpack.

The best way to be able to replicate the same camera movement for multiple takes (which is important for editing) is to use a dolly on track. 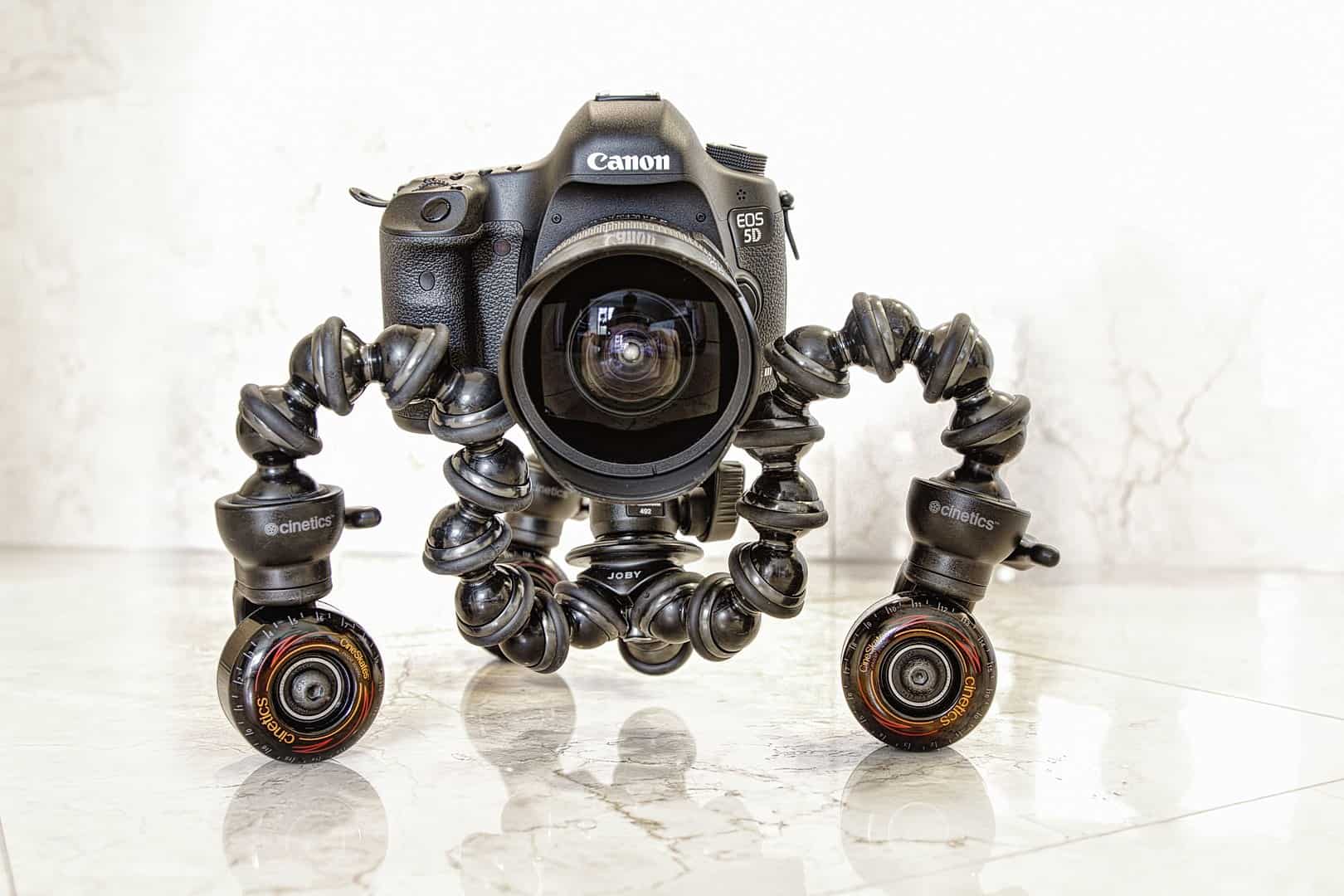 Dolly
also known as
see also
resources
source
Adapted from content published on wikipedia.org
credit
Last modified on April 13, 2021, 1:51 am
previous
next
Videocide.com is a service provided by Codecide, a company located in Chicago, IL USA.