A visual defect of color analog video consisting of animated checkerboard patterns that appear along with horizontal color transitions.

Dot crawl is a visual defect of color analog video standards when signals are transmitted as composite video, as in terrestrial broadcast television. It consists of animated checkerboard patterns that appear along with horizontal color transitions (vertical edges). It results from intermodulation or crosstalk between chrominance and luminance components of the signal, which are imperfectly multiplexed in the frequency domain.

Dot crawl is most visible when the chrominance is transmitted with high bandwidth so that its spectrum reaches well into the band of frequencies used by the luminance signal in the composite video signal. This causes high-frequency chrominance detail at color transitions to be interpreted as luminance detail.

Some (mostly older) video-game consoles and computers use nonstandard color-burst phases, thereby producing dot crawl that appears quite different from that seen in broadcast NTSC or PAL.

The opposite problem, luminance interference in chroma, is the appearance of colored noise in image areas with high levels of detail. This results from high-frequency luminance detail crossing into the frequencies used by the chrominance channel and producing false coloration, known as color bleed. Bleed can also make narrowly spaced text difficult to read. Some computers, such as the Apple II, utilized this to generate color.

Dot crawl has long been recognized as a problem by professionals since the creation of the composite video but was first widely noticed by the general public with the advent of Laserdiscs.

Dot crawl can be greatly reduced by using a good comb filter in the receiver to separate the encoded chrominance signal from the luminance signal. When the NTSC standard was adopted in the 1950s, TV engineers realized that it should theoretically be possible to design a filter to properly separate the luminance and chroma signals. However, the vacuum tube-based electronics of the time did not permit any cost-effective method of implementing a comb filter. Thus, the early color TVs used only notch filters, which cut the luminance off at 3.5 MHz. This effectively reduced the luminance bandwidth (normally 4 MHz) to that of the chroma, causing a considerable color bleed. By the 1970s, TVs had begun using solid-state electronics and the first comb filters appeared. However, they were expensive and only high-end models used them, while most color sets continued to use notch filters.

By the 1990s, further, development took place with the advent of three-line digital ("3D") comb filters. This type of filter uses a computer to analyze the NTSC signal three scan lines at a time and determine the best place to put the chroma and luminance. During this period, digital filters became standard in high-end TVs while the older analog filter began appearing in cheaper models (although notch filters were still widely used). Modern HDTVs and capture devices do a much better job of eliminating dot crawl than traditional CRT TVs and earlier LCD TVs. With the maturing of AI image processing, it is possible that even better luma/chroma separation will be possible.

However, no comb filter can totally eliminate NTSC artifacts and the only complete solutions to dot crawl are not to use NTSC or PAL composite video, maintaining the signals separately by using S-Video or component video connections instead, or encoding the chrominance signal differently as in SECAM or any modern digital video standard as long as the source video has never been processed using any video system vulnerable to dot crawl.

Monochrome film recordings of color television programs may exhibit dot crawl, and starting in 2008 it has been used to recover the original color information in a process called color recovery. 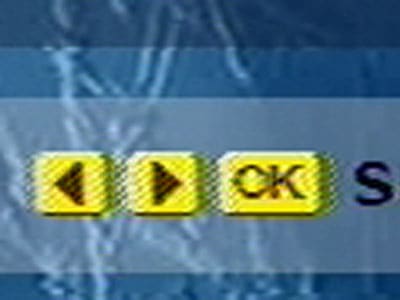