The visual effect resulting from the superimposition of two exposures to create a single image.

In photography and cinematography, a multiple exposure is the superimposition of two or more exposures to create a single image, and double exposure has a corresponding meaning in respect of two images. The exposure values may or may not be identical to each other.

Ordinarily, cameras have a sensitivity to light that is a function of time. For example, a one-second exposure is an exposure in which the camera image is equally responsive to light over the exposure time of one second. The criterion for determining that something is a double exposure is that the sensitivity goes up and then back down. The simplest example of a multiple exposure is a double exposure without flash, i.e. two partial exposures are made and then combined into one complete exposure. Some single exposures, such as "flash and blur" use a combination of electronic flash and ambient exposure. This effect can be approximated by a Dirac delta measure (flash) and a constant finite rectangular window, in combination. For example, a sensitivity window comprising a Dirac comb combined with a rectangular pulse is considered a multiple exposure, even though the sensitivity never goes to zero during the exposure.

In the historical technique of chronophotography, dating back to the Victoria era, a series of instantaneous photographs were taken at short and equal intervals of time. These photographs could be overlayed for a single multiple exposure print.

In photography and cinematography, multiple exposure is a technique in which the camera shutter is opened more than once to expose the film multiple times, usually to different images. The resulting image contains the subsequent image/s superimposed over the original. The technique is sometimes used as an artistic visual effect and can be used to create ghostly images or to add people and objects to a scene that were not originally there. It is frequently used in photographic hoaxes.

Since shooting multiple exposures will expose the same frame multiple times, negative exposure compensation must first be set to avoid overexposure. For example, to expose the frame twice with correct exposure, a −1 EV compensation has to be done, and −2 EV for exposing four times. This may not be necessary when photographing a lit subject in two (or more) different positions against a perfectly dark background, as the background area will be essentially unexposed.

Medium to low light is ideal for double exposures. A tripod may not be necessary if combining different scenes in one shot. In some conditions, for example, recording the whole progress of a lunar eclipse in multiple exposures, a stable tripod is essential.

More than two exposures can be combined, with care not to overexpose the film.

Digital technology enables images to be superimposed over each other by using a software photo editor, such as Adobe Photoshop or the GIMP. These enable the opacity of the images to be altered and for an image to be overlaid over another. They also can set the layers to multiply mode, which 'adds' the colors together rather than making the colors of either image pale and translucent.

Many digital SLR cameras allow multiple exposures to be made on the same image within the camera without the need for any external software. And some bridge cameras can take successive multiple exposures (sometimes up to nine) in one frame and in one shot. It is the same with High Dynamic Range which takes multiple shots in one burst captures, then combines all the proper shots into one frame.

The digital processing takes advantage of the silhouette effect of photographing flying birds against the bright sky, combining the bird images from multiple video frames into a single multiple exposure photograph. The software, developed by Nikolai Klassen, solves the challenges of selecting the best subset from the thousands of frames captured in the 50 frames per second video, and of removing the disruptive silhouettes of insects flying close to the camera.

With traditional film cameras, a long exposure is a single exposure, whereas with electronic cameras a long exposure can be obtained by integrating together many exposures. This averaging also permits there to be a time-windowing function, such as a Gaussian, that weights time periods near the center of the exposure time more strongly. Another possibility for synthesizing long exposure from a multiple exposure is to use an exponential decay in which the current frame has the strongest weight, and previous frames are faded out with a sliding exponential window.

Multiple exposure technique can also be used when scanning transparencies like slides, film or negatives using a film scanner for increasing dynamic range. With multiple exposure the original gets scanned several times with different exposure intensities. An overexposed scan lights the shadow areas of the image and enables the scanner to capture more image information here. Afterward the data can be calculated into a single HDR image with an increased dynamic range.

Among the scanning software solutions which implement multiple exposure are VueScan and SilverFast. 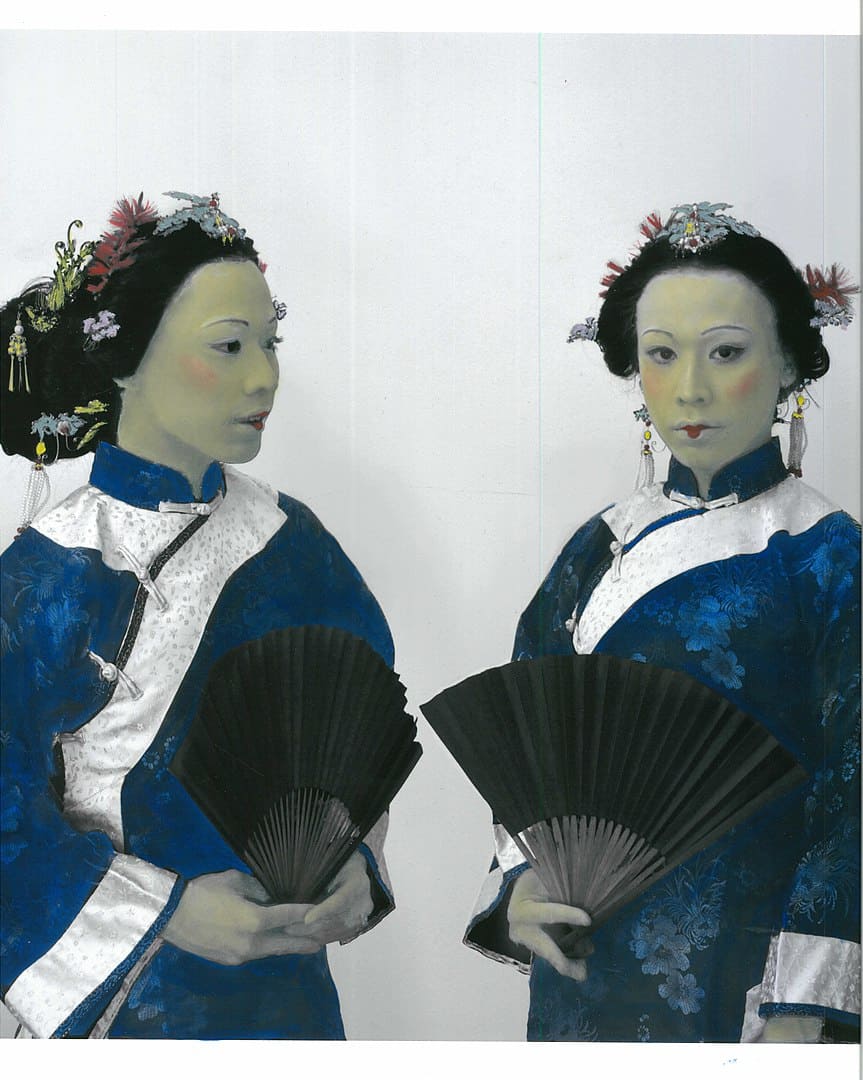