Dual-system sound
A common production technique where sound and video are recorded on different devices.

Double-system recording is a form of sound recording used in motion picture production whereby the sound for a scene is recorded on a machine that is separate from the camera or picture-recording apparatus.

Double-system recording is the standard procedure on motion pictures that are originally photographed on film. Recording sound-on-film directly at the time of photography has several technical limitations, and no professional motion picture camera supports this option, so all production sound is recorded on a separate recorder. This procedure requires that both camera and sound recorder share a very accurate time reference and that the speed of the camera and sound recorders be carefully governed. Originally this was done with an electro-mechanical interlock between the camera and recorder, necessitating a physical link, a cable, between recorder and camera. As quartz-based timers came into common use, film cameras and sound recorders adopted these, and these were accurate enough to remove the need for an interlock cable.

Double-system recording requires that sound and picture be manually synchronized at the start of every "take" or camera run. This task was performed by the clapper slate. A clap sound on the recording is matched to the closed clapper image on the printed film, and thus the two recordings can be realigned into sync.

When the apparatus recording sound and image are the same, as in a videotape recorder, the sound is recorded directly onto the picture medium, and this procedure is called 'single-system recording'. On feature films that are photographed on high-definition video, audio is often recorded on the video recorder and also on a secondary recorder. 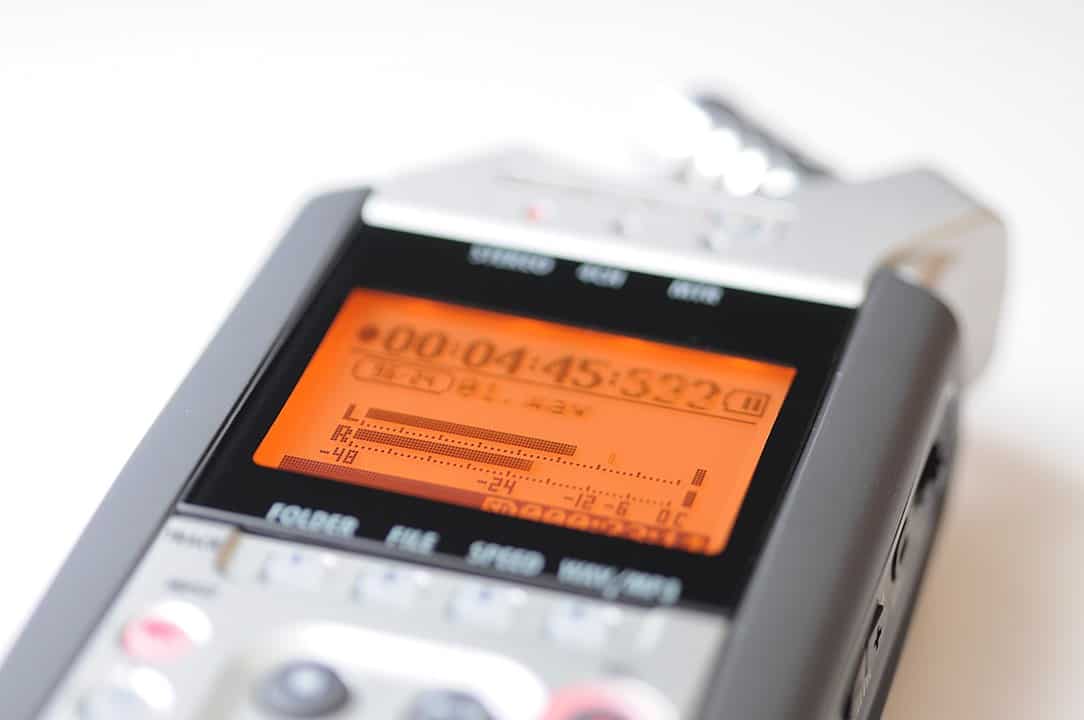