Direct animation
An animation technique where footage is produced by creating the images directly on film stock.

Drawn-on-film animation, also known as direct animation or animation without a camera, is an animation technique where footage is produced by creating the images directly on film stock, as opposed to any other form of animation where the images or objects are photographed frame by frame with an animation camera.

There are two basic methods to produce animation directly on film. One starts with blank film stock, the other one with black (already developed) film. On blank film, the artist can draw, paint, stamp, or even glue or tape objects. Black film (or any footage) can be scratched, etched, sanded, or punched. Any tool the artist finds useful may be used for this, and all techniques can be combined endlessly. The frame borders may be observed or completely ignored, found footage may be included, any existing image might be distorted by mechanical or chemical means. A third method takes place in a darkroom, using unexposed film that is exposed frame by frame. The artists place objects onto the fresh stock and then use a small light beam to create the images. This third category of work has to be sent to a lab and processed, just like films created with a camera.

Large formats such as 70 or 35mm film may be preferred for their relatively larger working area, but direct animation is done on 16 mm or even Super 8 mm film as well. Since the sound strip on 35 mm film is optical, it is possible to create a synthetic sound as well as images by drawing or otherwise reproducing forms in the soundtrack area.

The first and best-known practitioners of drawn-on-film animation include Len Lye, Norman McLaren, Stan Brakhage, then later artists including Steven Woloshen, Richard R. Reeves, and Baerbel Neubauer, who produced numerous animated films using these methods. Their work covers the whole span between narrative and totally abstract animation. Other filmmakers in the 1960s expanded the idea and subjected the film stock to increasingly radical methods, up to the point where the film was destroyed in the process projection. Some artists made this destruction a statement, others went back one step and copied the original work film strip to get a projection copy.

Direct animation can be an inexpensive way to produce a film; it can even be done on outtakes or discarded film strips from other projects. It is a form of animation that is inviting to beginners and accomplished artists alike. Norman McLaren wrote a short illustrated introduction "How to make animated movies without a camera" which was originally published by UNESCO in 1949. Helen Hill published a collection called Recipes for Disaster that includes a wide range of approaches to creating images directly on film. Today, cameraless animation is being produced worldwide. 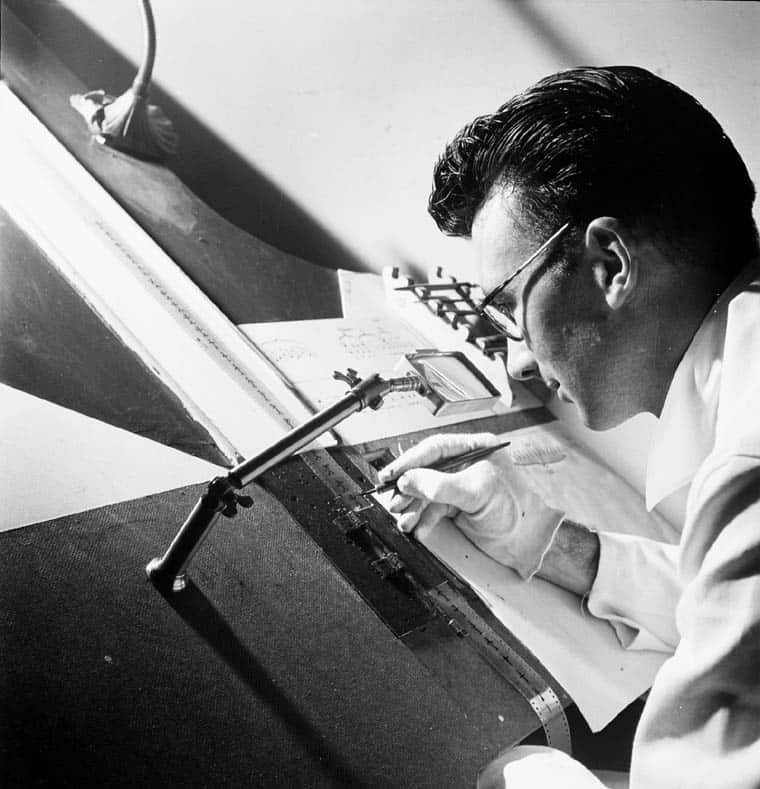