Combining studio-filmed shots with background footage that has been filmed in a different place.

Combining studio-filmed shots with background footage that has been filmed in a different place. The Dunning process or Dunning-Pomeroy Self Matting Process was patented in 1927 by C. Dodge Dunning.

It is described thus:

The foreground action is lighted with yellow light only in front of a uniform, strongly lighted blue backing. Panchromatic negative film is used in the camera as the rear component of a bipack in which the front film is a positive yellow dye image of the background scene. This yellow dye image is exposed on the negative by the blue light from the backing areas, but the yellow light from the foreground passes through it and records an image of the foreground at the same time.

The Dunning Process, often in shorthand referred to as "process," was used in many black and white films, most notably King Kong. Its chief limitation was that it could not be used for color cinematography, and the process died out with the increasing move toward the production of films in color.

The Dunning process was based on panchromatic film's properties, which produces black and white pictures despite being sensitive to all the colors. It was shot in a particular way: the background had to be blue, while yellow-orange lights lighted the foreground elements. Due to color separation, a matte appeared naturally in the specially lit areas. Using a bi-pack camera or an optical printer, it was then combined with the shot of the desired background, which was toned to be the same yellow-orange color. 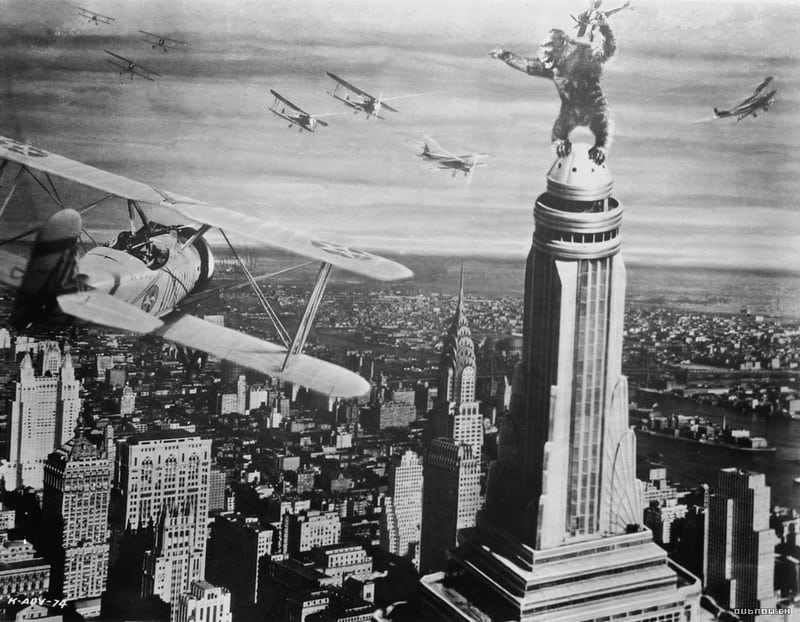 Dunning
see also
resources
source
Adapted from content published on wikipedia.org
credit
Last modified on November 26, 2020, 1:17 am
previous
next
Videocide.com is a service provided by Codecide, a company located in Chicago, IL USA.