A format for storing digital video.

DV is a format for storing digital video. It was launched in 1995 with joint efforts of leading producers of video camera recorders.

The original DV specification, known as Blue Book, was standardized within the IEC 61834 family of standards. These standards define common features such as physical videocassettes, recording modulation method, magnetization, and basic system data in part 1. Part 2 describes the specifics of 525-60 and 625-50 systems. The IEC standards are available as publications sold by IEC and ANSI.

In 2003, DV was joined by a successor format HDV, which used the same tape format with a different video codec. Some cameras at the time had the ability to switch between DV and HDV recording modes.

DV uses lossy compression of video while audio is stored uncompressed. An intraframe video compression scheme is used to compress video on a frame-by-frame basis with the discrete cosine transform (DCT).

Closely following the ITU-R Rec. 601 standards, DV video employs interlaced scanning with the luminance sampling frequency of 13.5 MHz. These results in 480 scanlines per complete frame for the 60 Hz system, and 576 scanlines per complete frame for the 50 Hz system. In both systems, the active area contains 720 pixels per scanline, with 704 pixels used for content and 16 pixels on the sides left for digital blanking. The same frame size is used for 4:3 and 16:9 frame aspect ratios, resulting in different pixel aspect ratios for fullscreen and widescreen video.

Prior to the DCT compression stage, chroma subsampling is applied to the source video in order to reduce the amount of data to be compressed. Baseline DV uses 4:1:1 subsampling in its 60 Hz variant and 4:2:0 subsampling in the 50 Hz variant. Low chroma resolution of DV (compared to higher-end digital video formats) is a reason this format is sometimes avoided in chroma-keying applications, though advances in chroma keying techniques and software have made producing quality keys from DV material possible.

The audio, video and metadata are packaged into 80-byte Digital Interface Format (DIF) blocks which are multiplexed into a 150-block sequence. DIF blocks are the basic units of DV streams and can be stored as computer files in raw form or wrapped in such file formats as Audio Video Interleave (AVI), QuickTime (QT), and Material Exchange Format (MXF). One video frame is formed from either 10 or 12 such sequences, depending on the scanning rate, which results in a data rate of about 25 Mbit/s for video, and an additional 1.5 Mbit/s for audio. When written to tape, each sequence corresponds to one complete track.

Baseline DV employs unlocked audio. This means that the sound may be +/- ⅓ frame out of sync with the video. However, this is the maximum drift of the audio/video synchronization; it is not compounded throughout the recording. 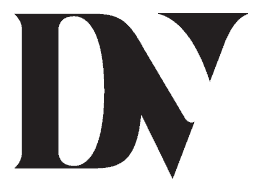