Key numbers
A series of numbers with key lettering printed along the edge of 35 mm and 16 mm negatives.

The edge numbers serve a number of purposes. Every keyframe is numbered with a multi-digit identifier that may be referred to later. In addition, the date of manufacturing is imprinted, then the type of emulsion and the batch number. This information is transferred from the negative (visible once developed) to the positive prints. The print may be edited and handled while the original negative remains safely untouched. When the film editing is complete, the edge numbers on the final cut film correspond back to their identical frames on the original negative so that a conform edit can be made of the original negative to match the workprint.

Laboratories can also imprint their own edge numbers on the processed film negative or print to identify the film for their own means. This is normally done in yellow ink. A common workflow for film editing involves edge-coding printed film simultaneously with the film's synchronized audio track, on 35mm magnetic film, so that a foot of film and its synchronized audio have identical edge numbers. 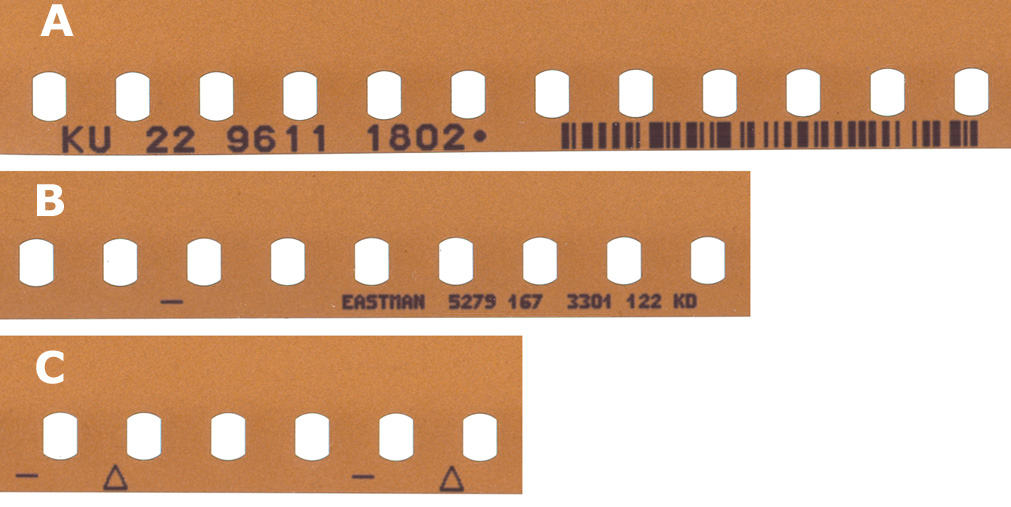