Signaling scheme (record, pause, rewind, and so on) that allow computers and analog tape decks to communicate. 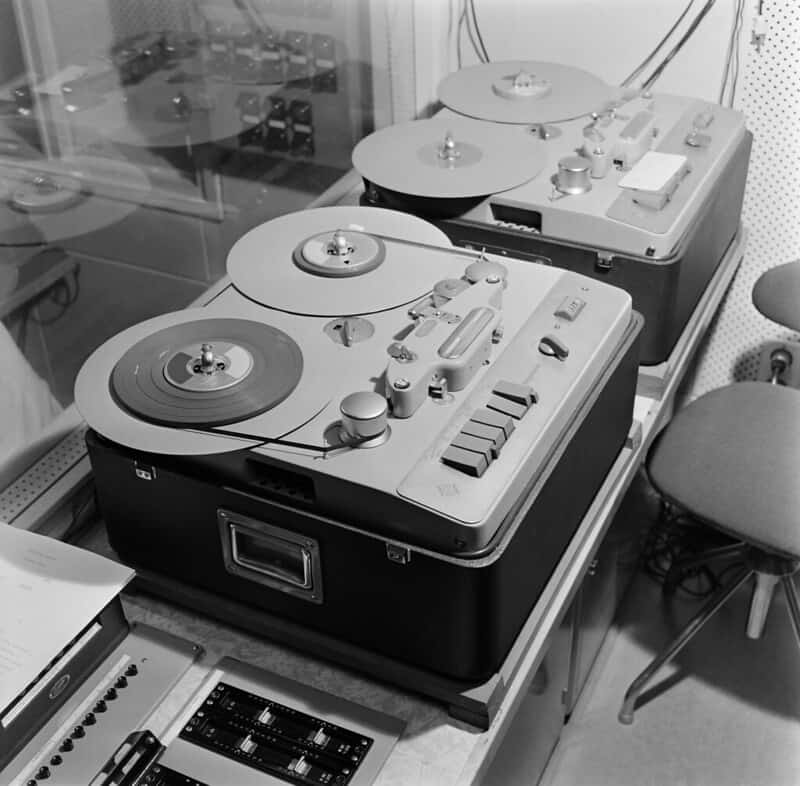