CEA-608
A standard for closed captioning NTSC TV broadcasts in the United States, Canada, and Mexico.

EIA-608 was the United States, Canada, and Mexico standard for closed captioning for NTSC TV broadcasts. It also specifies an "Extended Data Service" via a VCR control service that allowed for more information to be displayed on the screen, such as program listings, commercial previews, and other information. The extended service operates on the even line 21 field, similar to the Teletext-based VPS that operates on line 16 which is used in PAL countries.

It was developed by the Electronic Industries Alliance and required by law to be implemented in most television receivers made in the United States.

EIA-608 captions are transmitted on either the odd or even fields of line 21 with an odd parity bit in the non-visible active video data area in NTSC broadcasts and are also sometimes present in the picture user data in ATSC transmissions. It uses a fixed bandwidth of 480 bit/s per line 21 field for a maximum of 32 characters per line per caption (maximum four captions) for a 30 frame broadcast. The odd field captions relate to the primary audio track and the even field captions related to the SAP or secondary audio track which is generally a second language translation of the primary audio, such as a French or Spanish translation of an English-speaking TV show.

Raw EIA-608 caption byte pairs are becoming less prevalent as digital television replaces analog. ATSC broadcasts instead use the EIA-708 caption protocol to encapsulate both the EIA-608 caption pairs as well as add a native EIA-708 stream. EIA-608 has had revisions with the addition of extended character sets to fully support the representation of the Spanish, French, German languages, and cross-section of other Western European languages. EIA-608 was also extended to support two-byte characters for the Korean and Japanese markets. The full version of EIA-708 has support for more character sets and better caption positioning options; however, because of existing EIA-608 hardware and revisions to the format, there has been little or no real-world use of the format besides simple 608 to 708 inline conversions.

EIA-608 defines four channels of the caption information, so that a program could, for example, have captions in four different languages. There are two channels, called 1 and 2 by the standard, in each of the two fields of a frame. However, the channels are often presented to users numbered simply as CC1-2 for the odd field and CC3-4 for the even field. However, due to bandwidth limitations on either field, CC1 and CC3 are the only ones used, meaning that there has been little use for the second channel. Early Spanish SAP captioned broadcasts first used the second channel CC2 because the original caption decoders only read the first odd field, but later switched to using CC3 for bandwidth reasons. Due to the same bandwidth reasons, XDS was never used by Spanish-speaking stations.

Within each channel, there are two streams of information that might be considered sub-channels: one carries "captions" and the other "text." The latter is not in common use due to the lack of hardware support and bandwidth available. Text is signaled by the use of text commands and can be used for a formatted URL string with a 16-bit checksum that designates a website that the captions relate to or a local station communication channel. 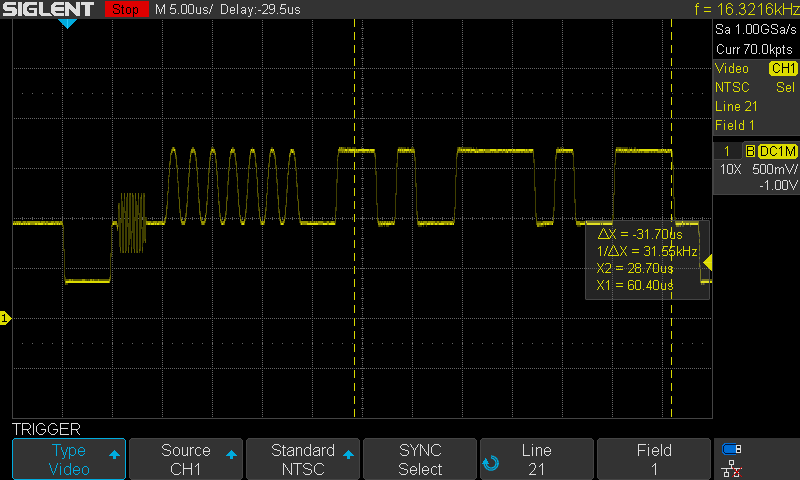 EIA-608
also known as
see also
resources
source
Adapted from content published on wikipedia.org
credit
Last modified on April 20, 2021, 8:02 am
previous
next
Videocide.com is a service provided by Codecide, a company located in Chicago, IL USA.