The use of portable video cameras, lighting, and sound equipment to record news events in the field.

Electronic news-gathering (ENG) is when reporters and editors make use of electronic video and audio technologies in order to gather and present news. ENG can involve anything from a single reporter with a single professional video camera, to an entire television crew taking a truck on location. This term was coined during the rise of videotape technology in the 1970s. This term was commonly used in the television news in the 1980s and '90s but is used less frequently now, as the technology has become commonplace.

The vehicle on which the electronic equipment is fitted it is called DSNG (digital satellite news gathering).

The term ENG was created as television news departments moved from film-based news-gathering to electronic field production technology in the 1970s. Since film requires chemical processing before it can be viewed and edited, it generally took at least an hour from the time the film arrived back at the television station or network news department until it was ready to be broadcast. Film Editing was done by hand on what was known as "color reversal" film, usually Kodak Ektachrome, meaning there were no negatives. Color reversal film had replaced black-and-white film as television itself evolved from black-and-white to color broadcasting. Film cameras were most commonly used for silent filming, while Auricon cameras were used for filming with synchronized sound. Since editing required cutting the film into segments and then splicing them together, a common problem was film breaking during the newscast. News stories were often transferred to bulky 2-inch videotape for distribution and playback, which made the content cumbersome to access.

The film remained important in daily news operations until the late 1960s, when news outlets adopted portable professional video cameras, portable recorders, wireless microphones and joined those with various microwave- and satellite truck-linked delivery systems. By the mid-1980s, the film had all but disappeared from use in television journalism. 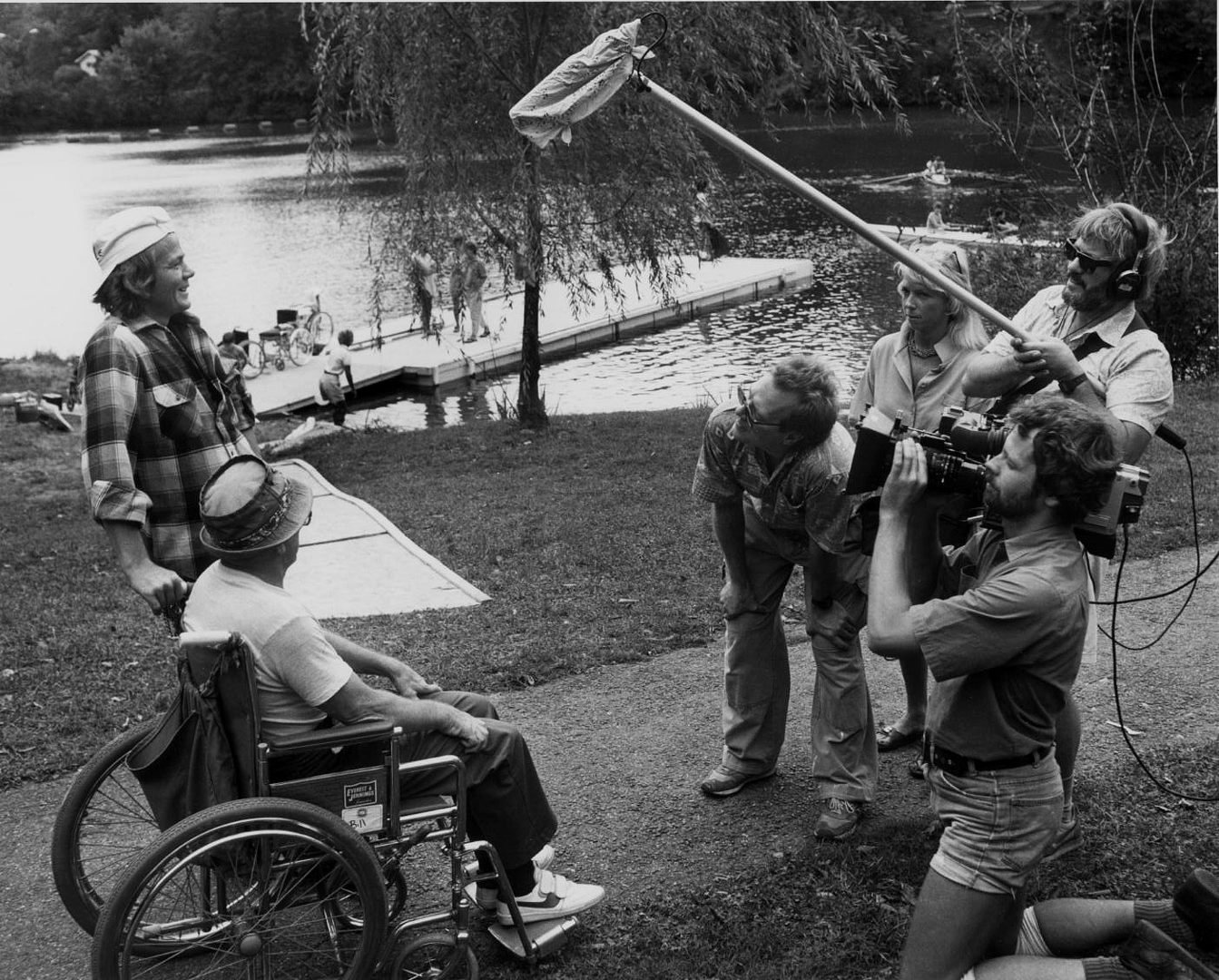