Description of how a sound changes over time.

In sound and music, an envelope describes how a sound changes over time. Envelope normally relates to the amplitude (volume), but it may also involve elements such as filters (frequencies) or pitch. For example, a piano key, when struck and held, creates a near-immediate initial sound which gradually decreases in volume to zero. Envelope generators are common features of synthesizers, samplers, and other electronic musical instruments.

The most common kind of envelope generator has four stages: attack, decay, sustain, and release (ADSR).

While, attack, decay, and release refer to time, sustain refers to level. 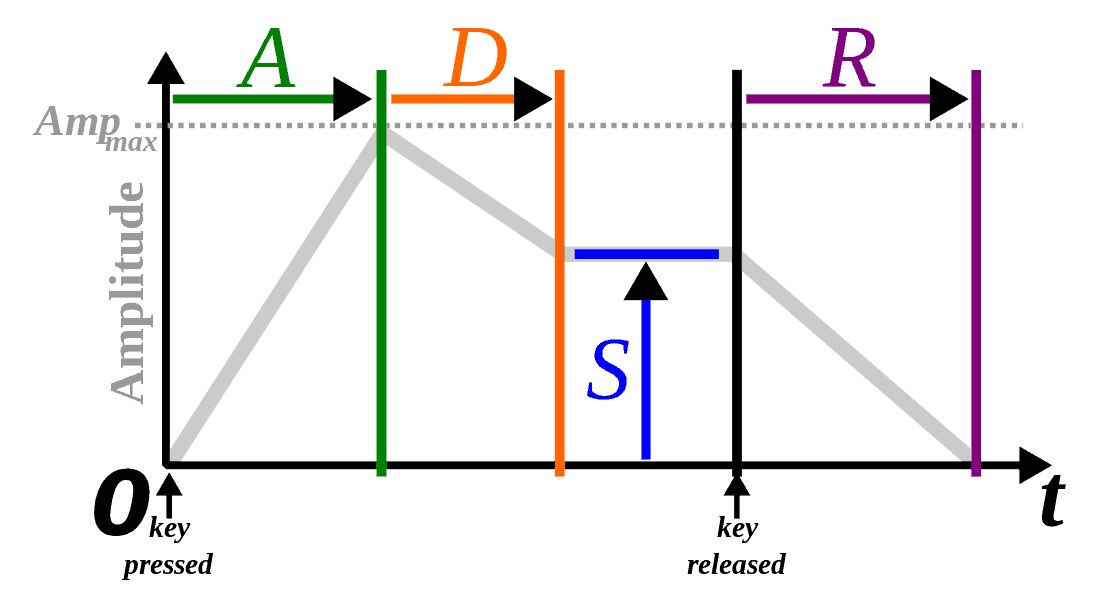